Next-Generation BMW M4 Could Get A Gran Coupe Variant 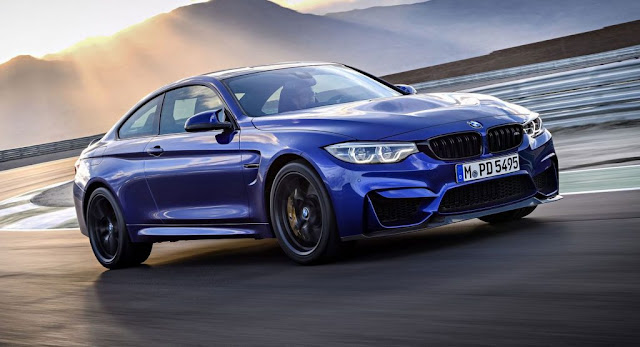 The M4 range could be expanded with a Gran Coupe version when #BMW launches its next generation.

Spanish publication Motor.es claims that BMW customers have been demanding the German brand produce an M4 Gran Coupe for some time now, but that such a vehicle is still a few years away from seeing the light of day. When the new model does reach the production line, it’ll be based on the next-generation 4-Series and should arrive around 2021.

Watch out Audi, BMW is coming for you

When the M4 Gran Coupe does launch, it will directly rival the new Audi RS5 Sportback and combine the practicality of the M3 with the sleek styling of the regular M4.

Speculation about the next-generation M3 and M4 has been rife in recent months. Sources claim that the duo will continue to use a 3.0-liter twin-turbo six-cylinder engine, which will be tuned to deliver between 470 and 475 HP, or 45 to 50 HP more than the current cars. On the other hand, some claim that they will use a 48-volt electrical system and a small electric motor placed between the engine and transmission.

Whatever the case may be, the two will use the carmaker’s CLAR platform that will enable them to weigh around 88 lbs (40 kg) less than their predecessors.
Tags : BMW, BMW 4-Series, BMW M3, BMW M4, Report,
Share to: