Electric Cupra e-Racer Makes Its Debut On Track With 670HP 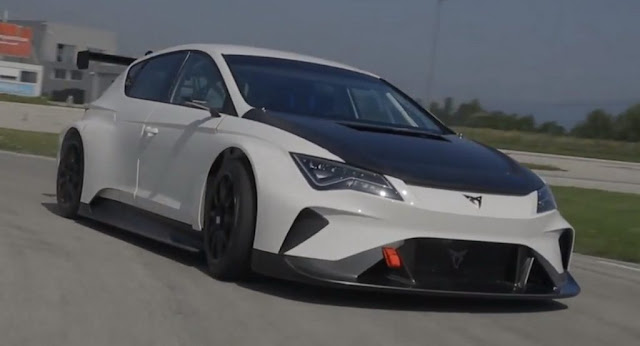 #Cupra, Seat’s performance sub-brand, has completed the first shakedown of the e-Racer on track and released the first figures of its upcoming electric racing car.

Cupra took the e-Racer for its first real-world dynamic debut at a track in Zagreb, Croatia, testing the operation of the electrical components, the battery pack and the cooling and propulsion systems together for the first time.

The company said that the first results are very optimistic, especially considering the high temperature conditions at the track.

The race car’s chassis is based on the existing Cupra Leon TCR that competes in the World Touring Car Cup. The e-Racer is the first touring car that complies with the rules in the new E TCR series, the first electric multi-brand touring car championship.

“With the CUPRA e-Racer we want to bring racing to the next level. We believe we can help reinvent motorsport and achieve success. Motorsport is one of the pillars of CUPRA, and we are proud of the team that is making this electric touring racecar possible”, read Seat’s official press release.
Tags : Cupra, Motorsport, Racing, SEAT, Seat Leon, Seat Leon Cupra, Seat Videos, Video,
Share to: