Lincoln Does Away With The MKZ Black Label For 2019 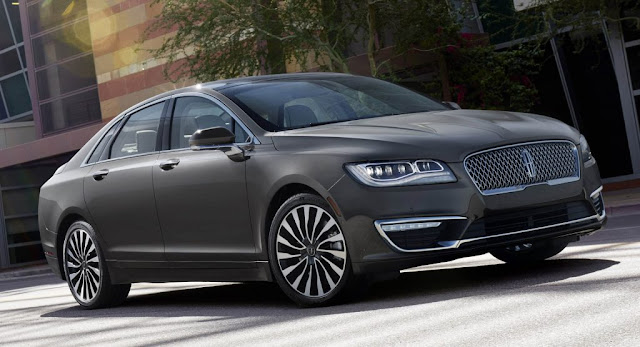 With lines like Buick’s Avenir and GMC’s Denali, domestic automakers especially have been finding ways to offer ever-more-luxurious versions of their existing offerings, and constantly seem to be adding the luxe treatment to more and more models. But that trend seems to have reversed on one model, at least.

According to CarsDirect, Lincoln has dropped the top-level Black Label trim from the MKZ for 2019. And with it, the American luxury marque has rolled out a series of other adjustments.

Aside from the discontinuation of the Black Label edition, the 2019 Lincoln MKZ now offers the Co-Pilot360 suite of driver-assistance and safety systems on lower-level models, while limiting the top engine to only the top versions.

Though it previously offered the suite only on the MKZ Select (and upwards) equipped with the optional Tech Package, buyers will now be able to order Lincoln Co-Pilot360 on any model even on the base model, which starts at just $36,990 (delivered). That’s just $460 more than last year’s base price, and ostensibly makes the MKZ a more tempting proposition for tech-savvy buyers.

In adjusting the trim levels, Lincoln has replaced the Premiere, Select, and Reserve trims with a new base model, Reserve I, and Reserve II. That could make it simpler for customers to wrap their heads around, but the 3.0-liter twin-turbo V6 engine option is now being offered only on the top version, which carries a $48,740 MSRP (in front-drive form, or $51,740 with all-wheel drive).

The bigger question is whether Lincoln will continue offering Black Label versions of its other models, and whether the MKZ will soldier on for much longer. Ford is discontinuing the Fusion on which the MKZ is based as the manufacturer moves away from passenger cars and towards a more crossover-centric lineup.
Tags : Lincoln, Lincoln MKZ, Prices,
Share to: