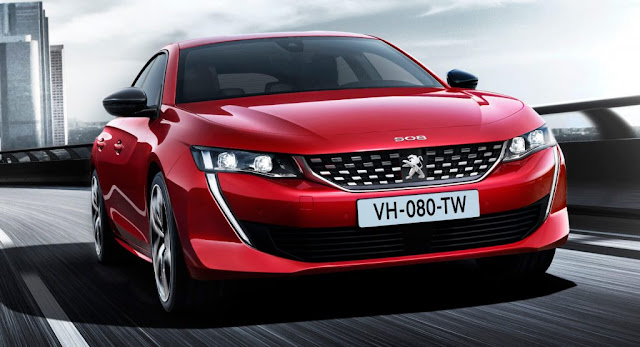 Peugeot is moving on with the times by looking to expand the current 508 lineup with a plug-in hybrid version.

The car, which should arrive next year according to Autocar, will reportedly combine a turbocharged 1.6-liter petrol engine driving the front wheels with a rear-mounted electric motor powering the rear axle.

Assisted by a starter/generator motor, the internal combustion unit will probably deliver approximately 200PS (197hp / 147kW), whereas the electric motor should give it an additional 100PS (99hp / 74kW). The latter will take its juice from a lithium-ion battery, located beneath the boot floor, which should allow it to travel on electricity alone for roughly 50km (31mi).

Thanks to clever packaging, the extra gear added to the rumored 508 PHEV won’t affect cabin practicality or boot space, regardless if it’s the fastback or estate model. The British publication estimates that the ICE could channel the output to the front axle via an eight-speed automatic transmission, while the electric motor should send power directly to the rear wheels with direct drive reduction gearing.

This layout won’t be kept solely for the 508, as the French automaker will reportedly expand it to other vehicles underpinned by the same EMP2 platform, with the best candidates being the 3008 and 5008 SUVs.

Peugeot is also rumored to launch yet another version of the new 508, powered by the turbocharged 1.6-liter four-cylinder engine of the 308 GTi. This model could premiere in early October at the 2018 Paris Auto Show.
Tags : Peugeot, Peugeot 508, PHEV, Reports,
Share to: