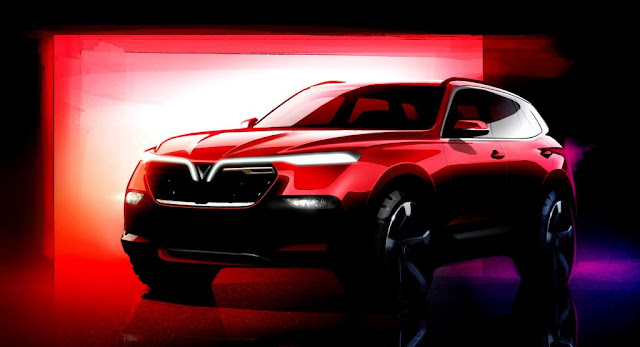 A brand-new Vietnamese car company called VinFast aims to launch in the market with an SUV and a sedan – both developed by Pininfarina’s design and engineering teams.

Both models will start sales in Vietnam in September 2019 but before that, VinFast will bring them to the 2018 Paris Auto Show in October for their world debut.

“We have the resources, scalability and commitment to become a significant new player in the global automotive industry. We are immensely proud to be the first volume automotive manufacturer in Vietnam, and the first to participate in a major international motor show”, said VinFast’s CEO, James DeLuca.

Besides their ambitions to offer the two as-yet-unnamed vehicles in Vietnam, the start-up’s plans include worldwide sales. It may be too early to talk about the exact markets in question, but we could be looking at Europe, where they would be exported straight from a brand new factory located in northern Vietnam.

VinFast won’t limit their offerings to just two models, as more of them are on the cards. The new Vietnamese car company aims to produce 500,000 units annually by mid-2020s.

Pininfarina was among several styling houses that submitted their designs to VinFast. After holding a public vote, the small car marque announced Pininfarina’s sedan and SUV as the two winners.

It’s unknown, however, whether VinFast will turn to Pininfarina when it comes to other possible future models, or if they will hold yet another public vote.
Tags : Asia, Concepts, Paris Auto Show, Pininfarina, Reports,
Share to: