Subaru Says Ascent Three-Row SUV Has Been A “Home Run” 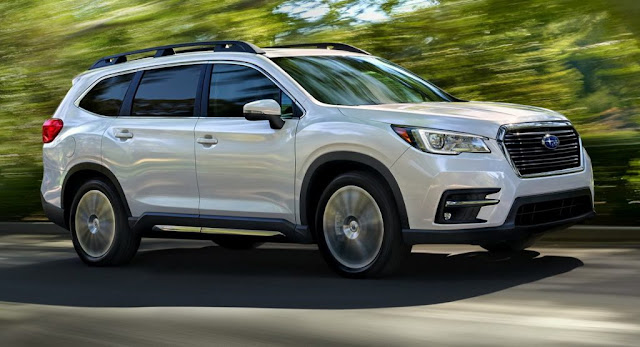 The Ascent is easily Subaru’s largest model ever. Despite being a little different from vehicles that went before it, the automaker says it’s proving a success.

Deliveries of the three-row SUV kicked off a few weeks ago and the company actually sold 4,000 vehicles more than two months before the SUV started arriving in dealerships. Bloomberg reports that it’s been the brand’s biggest product launch in 22 years.

The Ascent arrived later on the market than most other eight-seaters from Subaru’s rivals. In fact, the company saw many Outback and Forester owners selling their Subarus in favor of larger SUVs from other companies and was prompted to create a large SUV of its own.

“It was really the donut hole in our lineup. It’s going to open up a whole new market to us,” Doll said.

The Ascent won’t just attract buyers from brands like Honda and Nissan, according to the brand.

In fact, the general manager of a Subaru dealership in New Jersey, Joe Wajda, believes the Ascent will also draw in customers from the likes of BMW, Volvo and other luxury brands.

Other variants sold in the U.S. are the Ascent Premium, Ascent Limited, and Ascent Touring. The range-topping Touring model starts at $45,670 including destination and delivery charges.
Tags : Reports, Subaru, Subaru Ascent, SUV,
Share to: