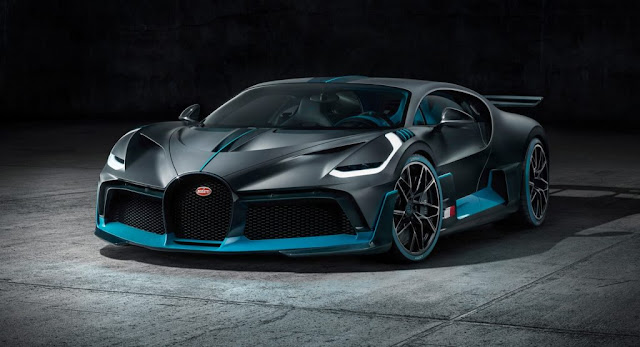 Thought the Divo was going to be the ultimate Chiron-based hypercar? If the latest reports are true, you might want to reconsider.

According to Automobile Magazine, Bugatti is working on at least three other models based around the Chiron, all aimed at pushing the performance envelope further while appealing to the ever-growing number of billionaire car collectors around the world.

The next Bugatti allegedly in the works will be a supercar with an even greater focus on weight saving and aerodynamics than the Divo. After that, Bugatti will launch an even more track-focused variant, dubbed the Chiron SS. Last, but not least, a Chiron Roadster is said to be in the works, despite Bugatti previously saying that the Chiron wouldn’t get an open-top derivative.

It remains to be seen how customers of the Divo will react to these additional models, especially since all three will enjoy extremely limited production runs. Nonetheless, it is not surprising to see Bugatti attempting to cash in on a market that’s quickly being flooded by bespoke Pagani Huayras and custom-made Koenigseggs.

If the three aforementioned Chiron-based models do see the light of day, they will be powered by Bugatti’s familiar 8.0-liter quad-turbo W16 engine. However, it seems likely that the automaker will tweak power and torque settings according to each version.

As if these weren’t enough, Bugatti is also thought to be considering an all-electric hypercar. Such a vehicle could be co-developed not just with Porsche, but also electric hypercar specialists Rimac, in which Porsche bought a 10 per cent stake just a few months ago.
Tags : Bugatti, Bugatti Chiron, Reports,
Share to: