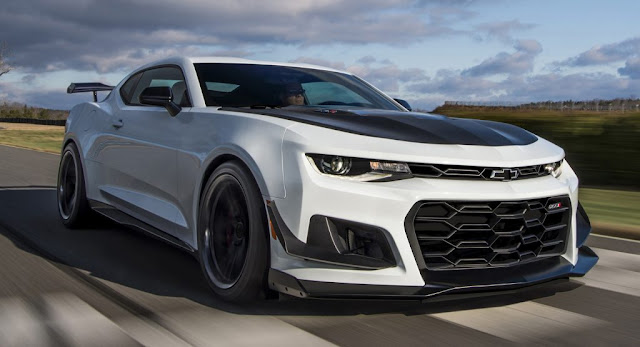 Chevrolet has pulled the wraps off the new 2019 Camaro ZL1 1LE, which retains the front fascia of the pre-facelift model and adds an updated version of the 10-speed automatic transmission in the options menu.


When fitted with the 10-speed automatic –a first for the Camaro ZL1 1LE-, the 2019 Chevrolet Camaro ZL1 1LE claims to be “several seconds” faster on longer tracks like the Nurburgring than the six-speed manual model, thanks to its unique calibration for the 1LE package.

Chevrolet has tuned the transmission, the electronic limited slip differential and the performance traction management specifically for the 2019 Camaro ZL1 1LE. Even the adaptive Multimatic DSSV dampers have been recalibrated to accommodate the quicker shift changes in weight transfer. In addition, there’s a new oil pan and an extra cooling duct for the steering gear.

“Adding an automatic transmission is another example of the Camaro portfolio delivering what customers want. This ultimate 1LE is another appealing option that is true to its racing heritage,” said Steve Majoros, director of Chevrolet passenger car and crossover marketing.

The 1LE package adds a carbon rear wing, model-specific air deflectors and dive planes on the front, a set of lightweight forged aluminum wheels that are an inch wider than the standard ZL1 wheels, thinner rear glass and a fixed-back rear seat. All together result in a weight saving of more than 50 lbs compared to the standard ZL1 Coupe.