Maserati Could Be The Next Automaker To Enter Formula E 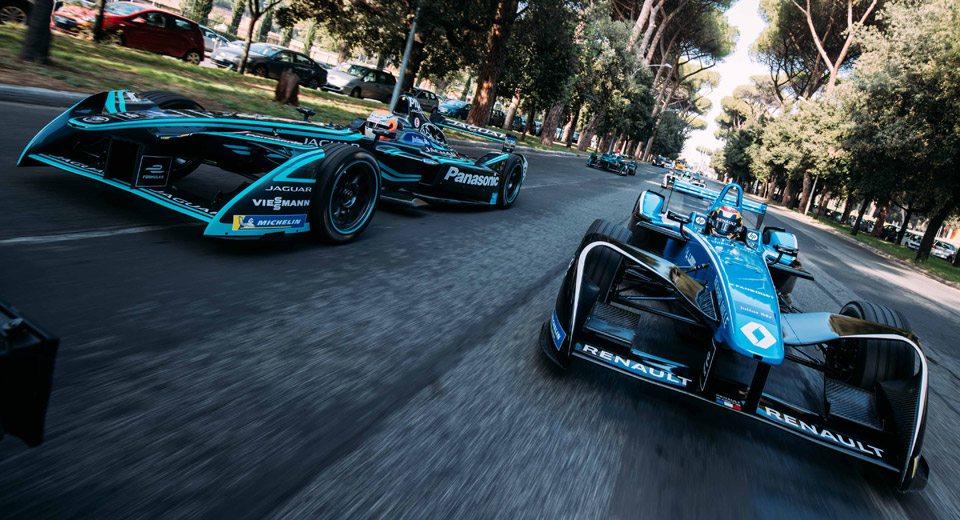 Automakers left and right have been flocking to Formula E, and the next one to join in on the action could be Maserati.

According to Autosport, Maserati is the most likely candidate among the numerous brands under the FCA umbrella, ahead of Fiat, Alfa Romeo, Chrysler, or Dodge. But first the group's chief executive Sergio Marchionne needs to determine whether the electric racing series represents a worthwhile investment.

The FCA chief has expressed interest in the series, most recently stating that, excluding Ferrari, it would be one of the other automakers over which he presides that would be represented should such a program be give it the green light.

"I haven't spoken to Mr Marchionne,” series chief Alejandro Agag told Autosport, “but would naturally welcome his group into Formula E whenever the time becomes right for them."

The Modena-based brand was just recently linked to a potential Formula One entry with the Haas team in the same way Alfa Romeo has with Sauber. But the leading motorsport publication believes a Formula E effort is far more likely to happen.

Maserati would be in good company on the electric grid, as rivals like Porsche, Audi, BMW, Mercedes, and Jaguar have all gotten involved. Aston Martin has been tied to a potential entry as well, but with the size of the field already limited, any manufacturer interested in joining would have to partner with one of the existing teams. While most of the current teams have partnered with one automaker or another, neither Techeetah nor Dragon Racing have any such partnership in place at present.