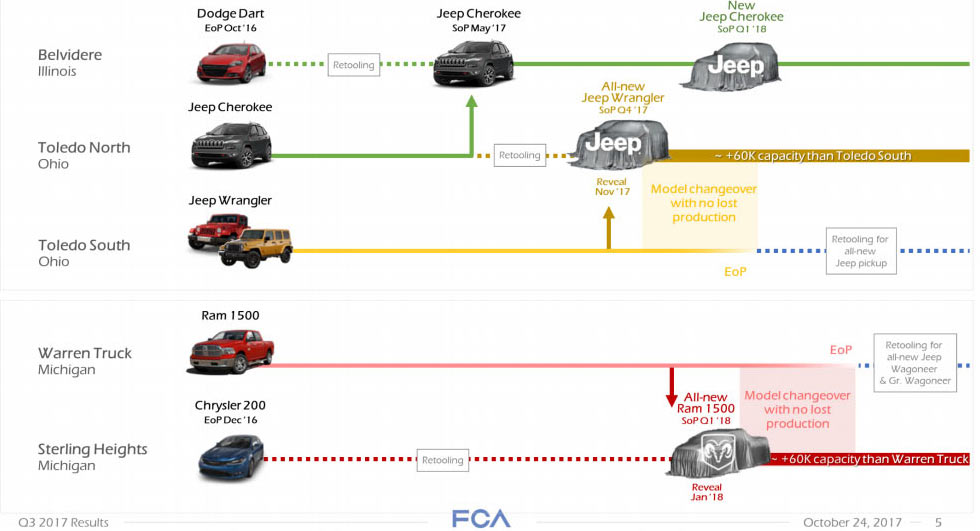 Fiat Chrysler Automobiles has released its third quarter results presentation and it includes some interesting new details about the Jeep Cherokee and Wrangler.

When the outgoing Wrangler is phased out, the Toledo South assembly plant will be retooled to gear up for production of the Jeep Wrangler pickup.

Right around the same time, Jeep will begin production of the facelifted Cherokee in Belvidere, Illinois. The model will largely carryover but it will adopt a new front fascia with conventional headlights.

As previously announced, the next-generation Ram 1500 will debut at the North American International Auto Show in January. Production will begin at the Sterling Heights assembly plant in Michigan shortly thereafter.

The previous-generation pickup will continue to be built at the Warren Truck plant and it will eventually be phased out sometime after the first quarter of 2018. When this occurs, the plant will be retooled to produce the new Jeep Wagoneer and Grand Wagoneer.

Previous reports have suggested the Wagoneers will go into production in 2019 and be based on the same platform that underpins the Ram 1500. The Wagoneer is slated to compete with the Chevrolet Tahoe and Ford Expedition, while the luxury-oriented Grand Wagoneer will battle the Cadillac Escalade and Lincoln Navigator. 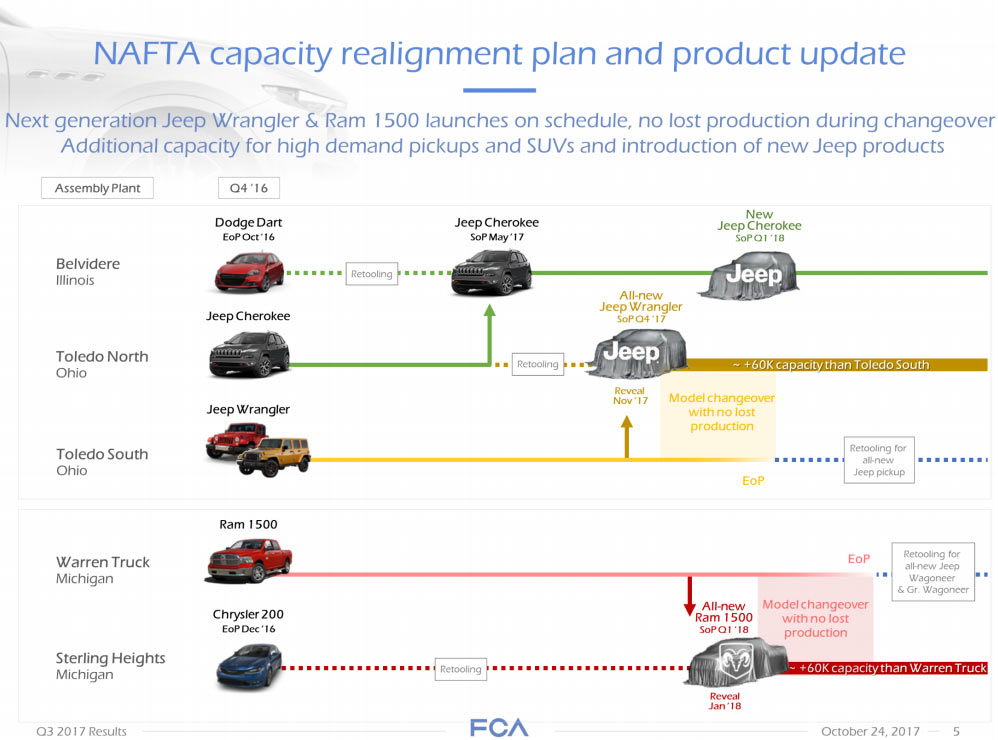