Alpine A110 Cup Unveiled For The 2018 Alpine Europa Cup 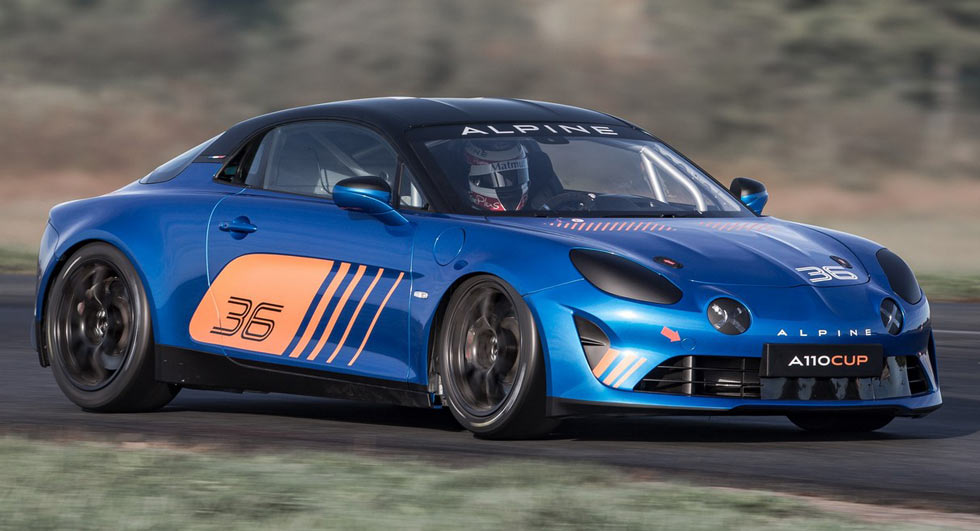 Alpine has unveiled the new A110 Cup, shortly ahead of the first deliveries of the A110 Premiere Edition.

Set to enter competition next year, the A110 Cup will be eligible to compete in the Alpine Europa Cup which will consist of 12 races next year at tracks such as Paul Ricard, Silverstone, and Spa-Francorchamps.

Since the car was specifically designed for racing, the A110 Cup has been equipped with a revised suspension that features adjustable Öhlins shock absorbers and a 40mm (1.57 inches) reduced ride height. The car also boasts a roll cage and a high-performance Brembo braking system.

The interior has been stripped of non-essential equipment and drivers will find a Sabelt racing seat with a six-point harness. There is also high-tech XAP steering wheel which features paddle shifters, a digital instrument cluster, and controls that adjust the traction control and anti-lock braking system.

Power is provided by a turbocharged 1.8-liter four-cylinder engine which has been outfitted with a new air filter and a racing exhaust. Thanks to these modifications, it produces 270 PS (198 kW) and 320 Nm (236 lb-ft) of torque. The engine is connected to a six-speed sequential transmission which sends power to the rear wheels via a limited slip differential.

The 1,050 kg (2,314 lbs) race car will cost €100,000 ($116,618) and Alpine says a "little more than twenty cars" will be built for the first season. That's pretty expensive but the company said the model has been designed to provide "drivers with as much enjoyment as possible, whether they are beginners or experienced."