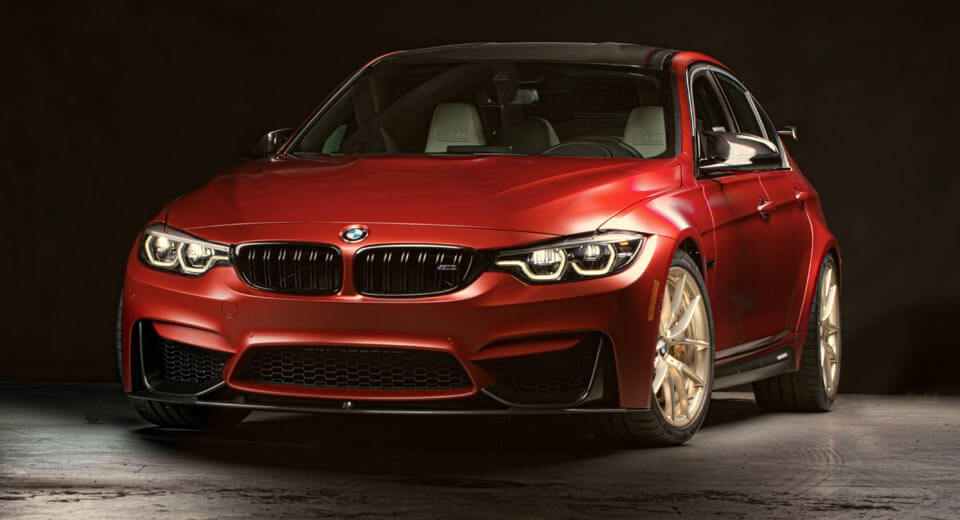 Prior to the SEMA Show getting underway in Las Vegas, Nevada, BMW has lifted the veil on the 2018 M3 30 Years American Edition, a one-off designed to celebrate the M3’s ongoing 30th anniversary in the United States.

Designed by BMW Group Designworks and built through BMW Individual, the one-off will be available for sale at the conclusion of the show. Thanks to a host of bespoke touches and custom parts, it is unlike any other M3.

There are a host of other parts that make the car stand out. Chief among these are adjustable M Performance Sports suspension, a carbon fiber rear wing, and a lightweight M Performance exhaust system with titanium silencers. The interior hasn’t been left untouched either.

Inside, BMW Individual has bathed the various surfaces in red, white and blue Merino leather. Additionally, the one-off has special 30th Anniversary graphics on the headrest, decorative trim and rear sun-shade. There’s also Alcantara and carbon fiber accents throughout, complemented by an M Performance shift knob and contrast stitching.

Like a regular M3 Competition Package, the car is powered by a twin-turbocharged 3.0-liter inline-six engine with 444 hp and yes, it does have a 6-speed manual transmission.