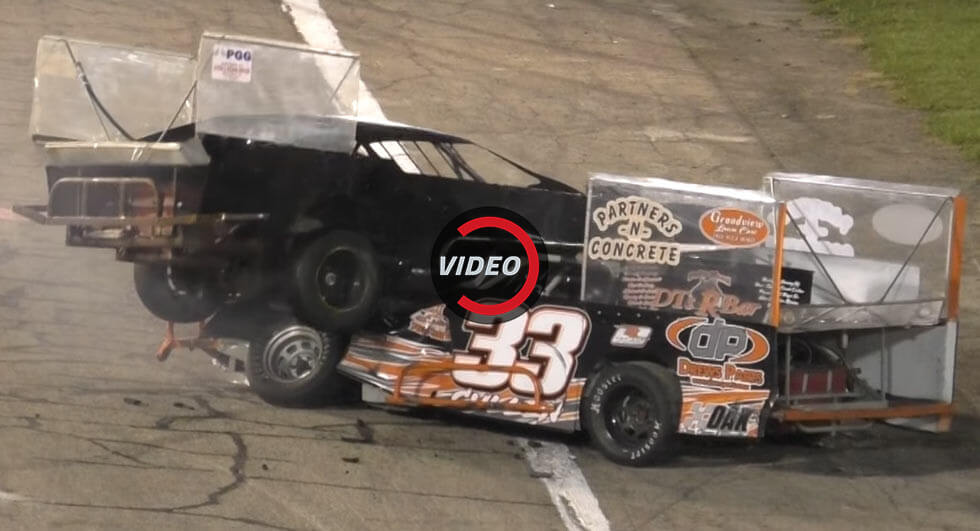 A bizarre and crazy fight broke out at the Anderson Speedway in Anderson, Indiana last weekend following an accident on the track.

While crashes are a part of racing, the driver who was hit was upset and decided to get revenge on the driver that hit him. As you can see in the video, the driver accelerates towards the other car and turns around. After a few seconds, he floors it and essentially parks his car on the hood of the other vehicle.

At this point, 42-year-old Shawn Cullen exits his car and starts punching 40-year-old Jeffrey Swinford as track officials watch on. A police officer eventually arrives and uses a taser on Cullen who falls to the ground. He's eventually handcuffed and led off the track by police.

Swinford met a similar fate as he was also handcuffed and taken into custody.

According to Fox 59, Anderson Police Major Joel Sandefur confirmed the crash and fight were not staged. As a result, Cullen was ticketed for disorderly conduct while Swinford was charged with criminal recklessness. The latter charge means Swinford "recklessly, knowingly, or intentionally" performed an "act that creates a substantial risk of bodily injury."