Ever Seen A Shelby Cobra With An Automatic? 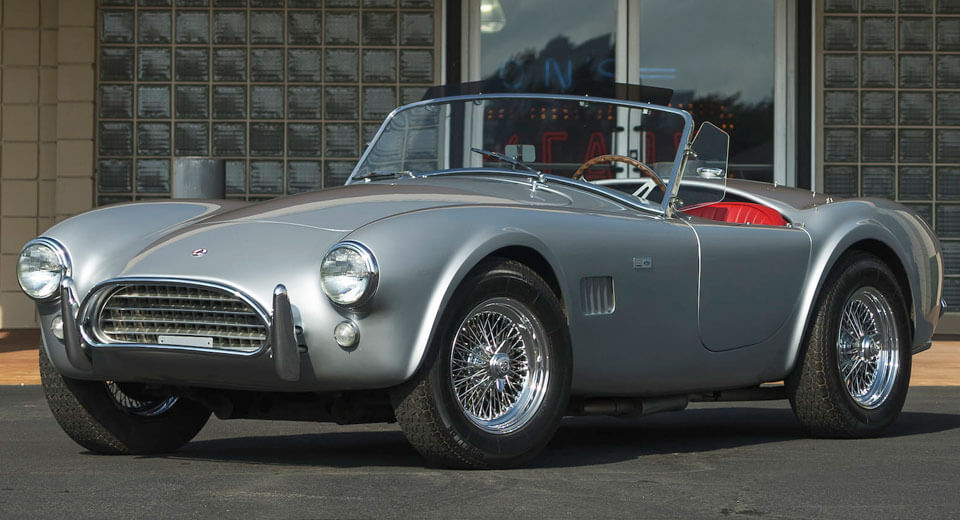 It's hard to imagine a vehicle ever made that was more hardcore than the Shelby Cobra. So you wouldn't expect to see many equipped with an automatic transmission, but that's just what we have here.

Consigned to Mecum Auctions for its upcoming sale in Las Vegas next month, this 1965 Shelby 289 Cobra is one of fewer than 20 believe to have been equipped with the small-block engine and a three-speed slushbox.

The combination was so unusual and antithetical to what the Cobra stood for, in fact, that the original dealer couldn't sell it. So he returned it to the factory for credit against some GT350s he ordered instead. It took Shelby American another couple of years to find it an owner – and did so at a loss.

The car passed through the hands of a few different owners, painted black along the way, before being acquired by Jerry Heasley. The noted journalist and Cobra expert had it repainted to its original Mink Silver – which, to our eyes, goes rather well with the red leather interior.

Described as “one of the most original automatic-equipped Cobras in existence,” this clutchless 289 is a rare beast indeed. Whether that'll be enough for someone to forgo the pleasure of rowing their own gears, though, is another matter.