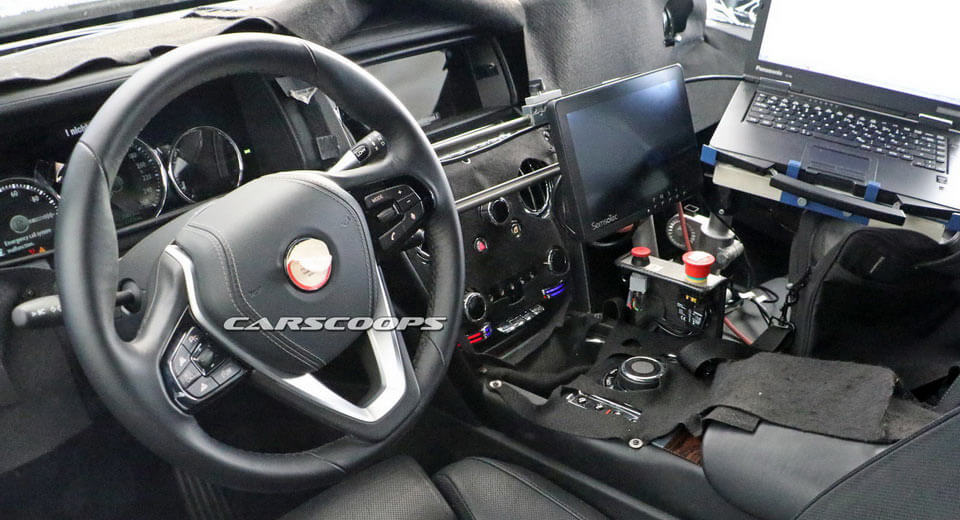 We’ve seen Rolls Royce testing the upcoming Cullinan SUV before but this time our spies managed to take a peek inside as well.

Despite the dashboard being mostly covered, you can make out the square lines of the dashboard, a typical trade of Rolls Royce’s interior design. Of course the BMW steering wheel is fitted for testing purposes only, with a proper thin-rimmed item to be installed in the production Cullinan.

Rolls Royce’s first SUV will borrow a lot of cues from the latest Phantom inside but there are going to be some differences, with the most obvious one to be the center console between the seats which in the Cullinan appears to have a more conventional look. It appears that the instrument binnacle will feature RR's traditional analog clocks mixed with a digital display for other information.

Underneath its massive bodywork, the new Cullinan will use the bespoke aluminum architecture found in the Phantom, only in this case being shorter and taller for obvious reasons.

Power will come from a twin-turbo 6.75-liter V12 engine which in the case of the Phantom produces 563hp and 663lb-ft so expect similar figures in the Cullinan and of course the addition of a new all-wheel drive system.

The signature suicide rear doors will of course be present while the interior comfort and luxury is expected to redefine the terms for everyone lucky enough to sit inside. Rolls Royce is expected to reveal the new Cullinan in 2018.