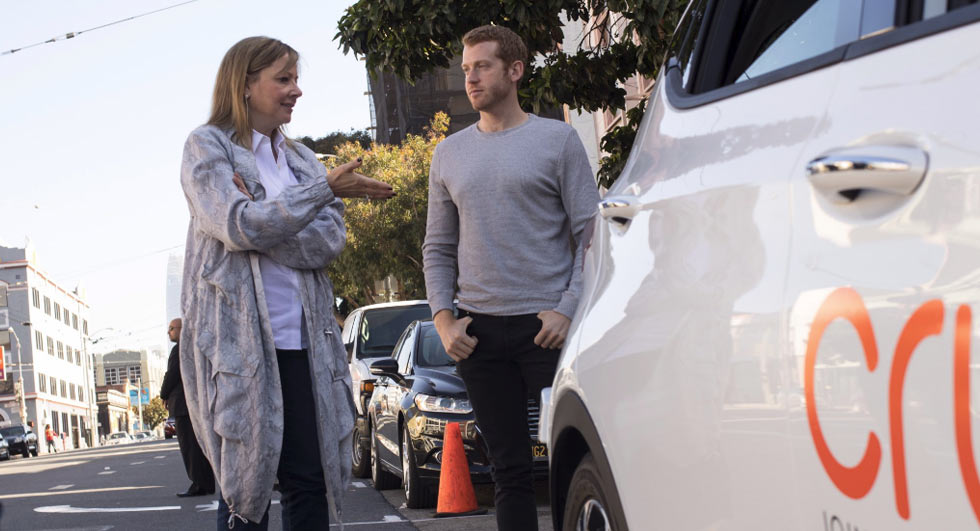 Earlier this week, Ford CEO Jim Hackett spoke at Grand Valley State University and told attendees he wouldn't ride in an autonomous vehicle on public roads yet because "the trust isn't real high."

That surprised a number of different people considering Ford is investing in the technology and it is notable as GM CEO Mary Barra has taken to Twitter to reveal she's certainly not afraid of autonomous driving. In a tweet, Barra revealed she spent 30 minutes on Wednesday cruising around San Francisco in an autonomous Chevrolet Bolt developed with the assistance of Cruise Automation.

Despite sounding like a perfectly crafted opportunity to troll her crosstown rival, the event was likely setup in advance. However, it sends a not so subtle message that Hackett doesn't believe in his company's technology while Barra does.

Since General Motors acquired Cruise Automation last year, the company has been testing an assortment of autonomous Bolts in San Francisco and Scottsdale, Arizona. The company has also launched an autonomous ride-hailing service called Cruise Anywhere. Even though a handful of its vehicles have been involved in collisions, a spokesperson recently revealed "All our incidents this year were caused by the other vehicle."

Yesterday, I spent 30 mins in a self-driving Bolt EV cruising through SF. Thanks @cruise team for the experience - so proud of our progress. pic.twitter.com/2PrxcsoMIR