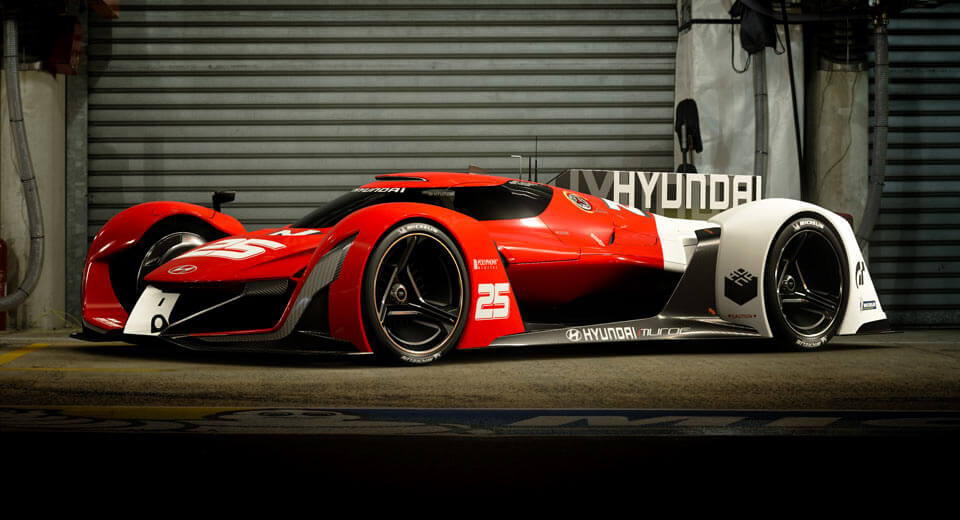 The car will compete in the game’s top-tier Group 1 racing class alongside a handful of other Vision Gran Turismo concepts and real-world prototype racing cars.

Although this thing is completely fictitious, the South Korean automaker did create a show car a couple of years ago. In theory, the vehicle uses a 670 hp fuel cell system and a 201 hp supercapacitor. There are also four independent electric motors driving the wheels.

In a statement, chief designer at the Hyundai Design Center in Irvine, California, Chris Chapman said, “The N 2025 Vision GT is our ambitious take on what we think prototype racing could look like in the not-too-distant future. We’re thrilled to see it presented anew in one of the most visually stunning racing simulations ever created.”