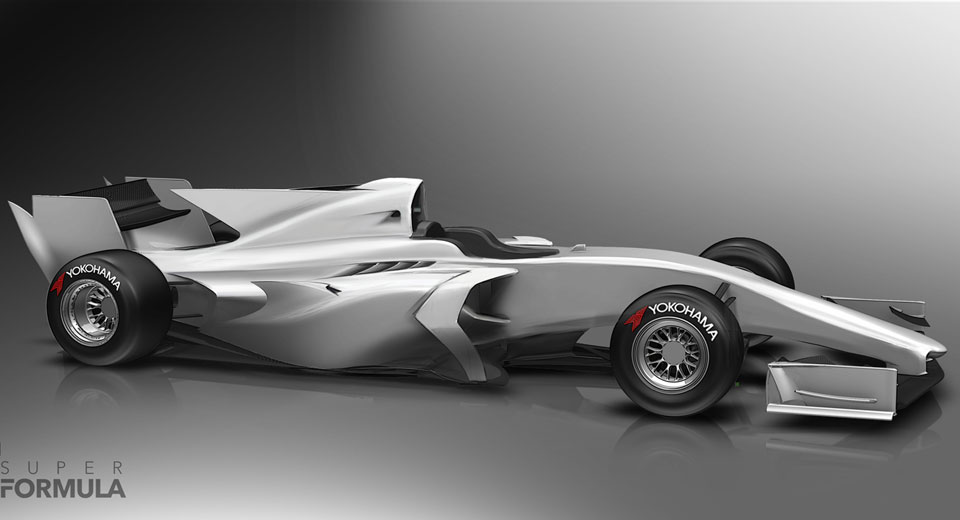 Japan's Super Formula series may garner more attention than most national championships, but its machinery is already a few years old. So the organizers are planning to roll out a new chassis, and have revealed the first images of the radical new design.

Set to replace the current SF14 introduced three years ago, the new SF19 is designed to uphold the same “quick and light” concept while increasing safety and aerodynamic efficiency.

Like the current chassis, the new one is being designed and built by Dallara, with a 2.0-liter turbocharged inline-four at its heart. Both Honda and Toyota currently provide engines for competitors, though other manufacturers (like Yamaha, BMW, and Cosworth) have in the past as well.

While “the advanced design is expected to draw even more attention to the Super Formula series,” it's not designed just to look cool. It's also supposed to enable more overtaking in order to improve the spectacle and level of competition over the current design.

The chassis is set to undergo testing next summer, with production to get underway a year from now before the SF19 is put onto the grid in time for the 2019 season.

The series has been attracting increased attention, not just from local drivers but from foreign ones as well. Toro Rosso's new prodigy Pierre Gasly, three-time Le Mans winner André Lotterer, F3 whiz Felix Rosenqvist, and former F1 driver Narain Karthikeyan have all been competing in this year's championship. McLaren also plucked its current driver Stoffel Vandoorne out of the series where he won two races last season.