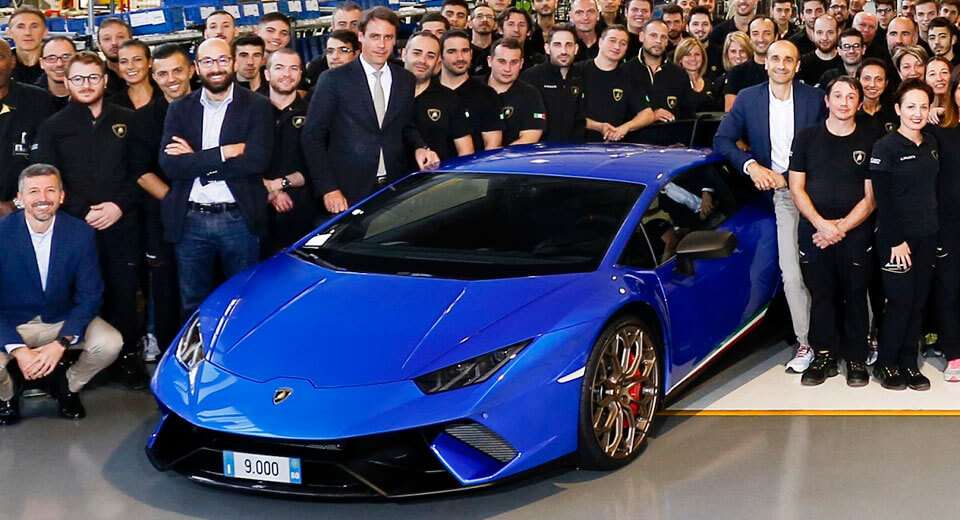 Lamborghini makes more supercars these days than it ever has before. And it's about to double its capacity (and sales) with the introduction of the Urus sport-ute. But it's still hardly what you'd call a “high-volume” manufacturer.

That makes major production milestones important for a relatively small company like the one founded in 1963 by Ferruccio Lamborghini, which is celebrating not one, but two at the same time – for both of its model lines.

The larger of the two comes down to the Huracan, which was introduced just three years ago and has already yielded its 9,000th unit.

That's a far quicker pace than that at which the preceding Gallardo drove off the assembly line in Sant'Agata. Though it remains the most produced Lamborghini to date, it took the company more than six years to get to 9,000, with just under 14,000 produced in all before the Huracan came along to relieve it in 2014 after 11 years of production.

Alongside the Huracan, the Raging Bull marque also produced its 7,000th Aventador. The model line was introduced six years ago, and has already far surpassed the 4,000 Murcielagos that came before.

The milestone Aventador S Roadster, spec'd in Grigio Adamas, is headed to the United States, while the Huracan Performante in Blue Nethuns is being delivered to Dubai.