Daniil Kvyat's Out Of The Red Bull Family For Good 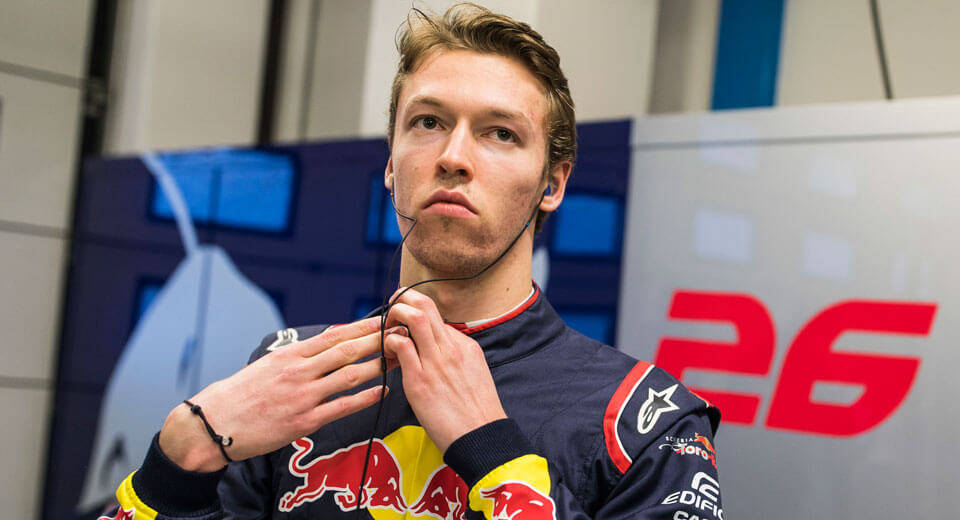 Through the good times and the bad, Daniil Kvyat has been part of the Red Bull family since 2010. But his relationship with the energy-drink brand and its extensive racing program has now come to an end.

The Russian driver signed with the Red Bull Junior Team back in 2010 upon his debut in the now-defunct Formula BMW series. After winning titles in Formula Renault 2.0 and GP3, he made his F1 debut with Toro Rosso in 2014, and got called up to the Red Bull Racing team the following season, only to be dropped back down to the B-squad the next year.

Disappointed with his lackluster performance, Toro Rosso dropped Kvyat from the lineup for this season's races in Malaysia and Japan, bringing him back briefly for the last round in Texas. But this weekend in Mexico, the team opted to run Brendon Harltey and Pierre Gasly instead, leaving Kvyat out in the cold (despite a respectable tenth-place finish in Austin).

Tost's declaration confirms that Kvyat is out of the mix for next season, as the team looks likely to go with Hartley and Gasly for 2018. If the two rookies perform well at Toro Rosso, they could even find themselves in the Red Bull hot seat in the future. "The two drivers that Franz has for next year represent two exciting prospects for Red Bull Racing further down the line," said Red Bull boss Christian Horner.

"What is fantastic about the Brendon story is that that is a guy who started off life in [Red Bull's] junior programme," but was ultimately dropped before going on to win with Porsche at Le Mans. "It is testimony to his determination and tenacity and skill and talent that he has got himself into a position to be selected for Toro Rosso for the races he is doing."

Meanwhile Kvyat could yet find himself a seat with another team next season. Neither Sauber nor Williams have yet confirmed their lineup for 2018. If neither of those prospects work out, though, Kvyat could find work in another series, like Formula E (where fellow former STR drivers Jean-Eric Vergne and Sebastien Buemi compete) or GP2 (which he skipped on his ascent up the formula racing ladder).