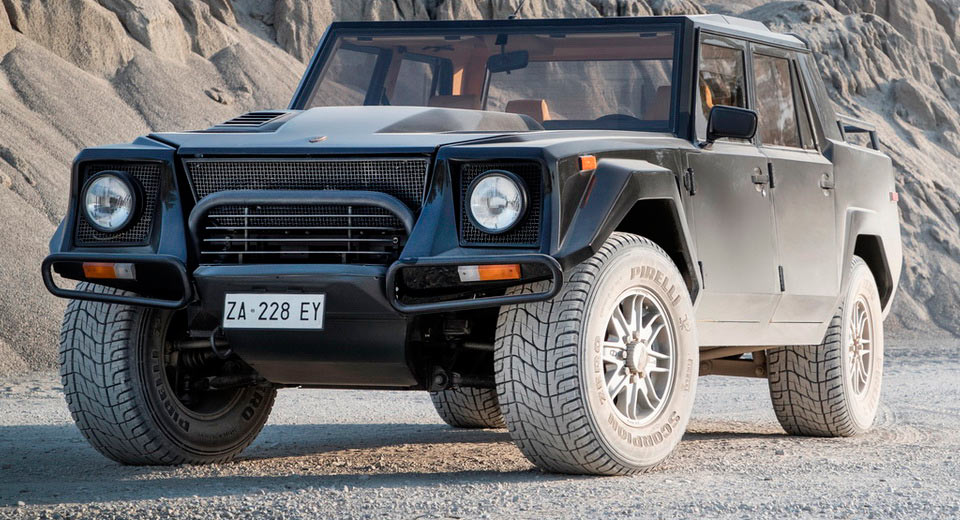 It’s been 25 years since Lamborghini stopped producing the insane LM002, with the company gearing up for the launch of the new Urus on December 4.

Now it appears to be a good time for Lamborghini to remind us of their craziest moments, letting the hype train begin its trip to early December, leading to the new Urus reveal.

Nicknamed the “Rambo Lambo”, the LM002 was a whole new beast for the Italian company, created out of a failed military project and powered by the 450hp 5.2-liter V12 out of a Countach, becoming the first Lamborghini with four-wheel drive.

The Lamborghini LM002 came with a full leather interior, air-conditioning, a high-end audio system mounted on a roof console and bespoke Pirelli Scorpion tires, designed to help this behemoth tackle ‘soft’ surfaces like sand. It's a go-anywhere beast with a mythical appetite for gasoline, that's why it also comes with a fuel tank that can hold 44.6 US gallons of liquid dinosaurs (169 liters).

Lamborghini took their own LM 002 out of their Museum, chassis no.12231 which was entirely restored by the Polo Storico division, reminding us that they were the first to offer a “super SUV”.

This legacy will continue with the new Urus, but we doubt that the world will meet again a vehicle as crazy as the original LM002.