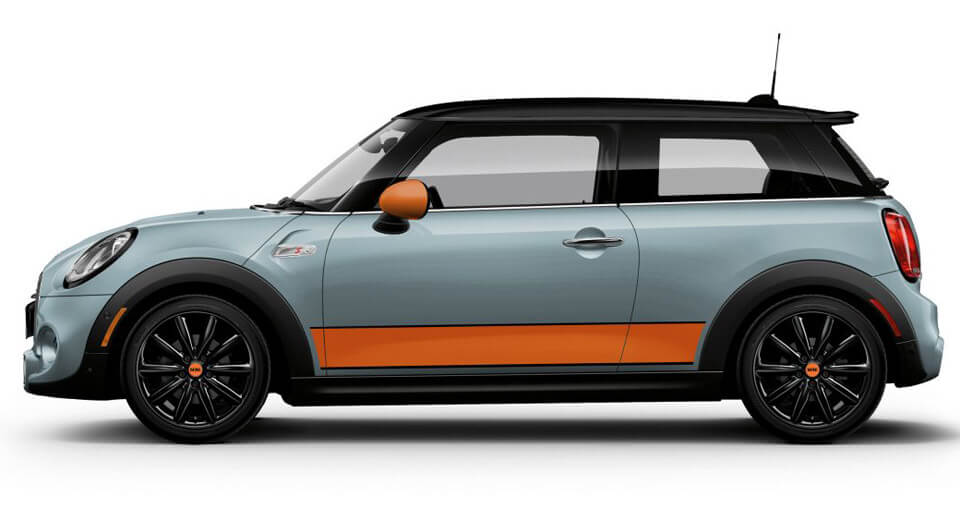 Mini might not be the first marque that comes to mind when you think of SEMA. But the British automaker prides itself on its extensive range of customization options, and it's displaying some of those at the Las Vegas expo this year.

Pictured above is the Mini Cooper S Ice Blue special edition, which brings back a color last offered in 2013 – if only on a limited basis.

The Ice Blue edition is offered on both the standard Cooper and the sportier Cooper S, but it's only on the latter that it comes with orange accents to give it a virtual Gulf-livery look. Where the Cooper Ice Blue comes with white roof, mirrors, and racing stripes, the Cooper S version features black wheels, roof, and trim to go with the orange stripes, mirrors, and wheel caps.

Alongside the Ice Blue edition, Mini is expanding the John Cooper Works tuning kit beyond the Hardtop and Convertible to include the Clubman and Countryman as well. Applied to a Cooper S (or Cooper S All4) version of any body style, the kit boosts output from 189 horsepower to 208.

It also includes adaptive engine mapping and a freer-flowing stainless-steel exhaust system with either stainless or carbon pipes that can be switched via Bluetooth between Sport and Sport+ modes – all for an extra $1,950.