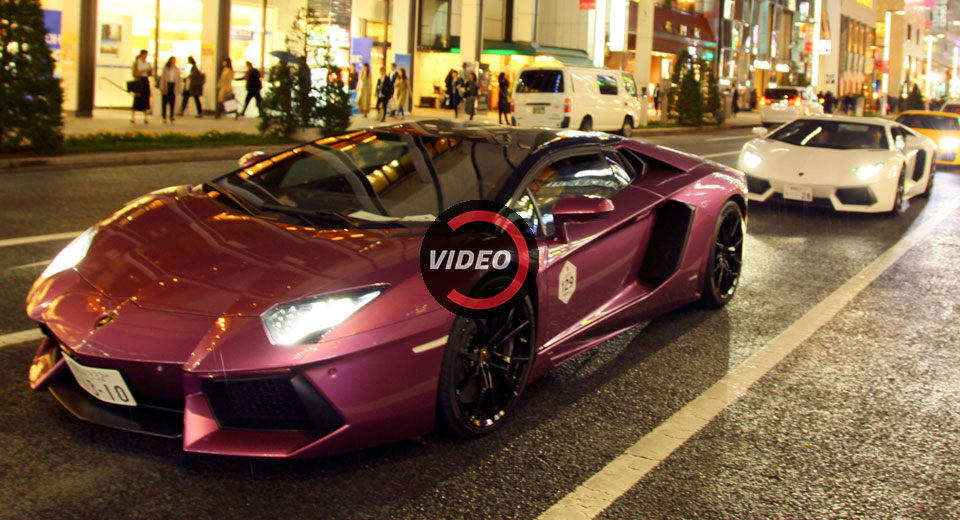 Japan produces more cars than it consumes domestically, but it also has a big appetite for supercars. And notwithstanding a few notable exceptions (like the NSX and LFA), it doesn't make anything as outlandish as some of Europe's finest do. Those it imports, and has for some time.

In fact Lamborghini has been doing business in Japan for 50 years now – a milestone which it celebrated in Tokyo last week.

The celebrations included the local debut of the Aventador S Roadster, bringing with it a special 50th Anniversary Japan edition. Like last year, Lamborghini Day also featured its own Concours d’Elegance, which this year attracted some 50 classic Raging Bulls, awarding top honors to an orange '76 Countach.

The big draw, however, was a parade through downtown Tokyo that brought out some 80 of the marque's products – mostly Gallardos, Huracans, Murcielagos, and Aventadors – in a spectacular motorcade captured in this minute-long video.

The brand's presence in the Pacific island nation continues to grow. It held a special exhibit there last year to showcase its excellence in carbon fiber, and opened two new showrooms in Kobe and Yokohama this past January to bring its rooftop-count up to eight. You can bet it'll sell a good share of Urus production once that comes on line as well (even if crossovers don't enjoy the popularity in Japan that they do in, say, the United States or Middle Easy).