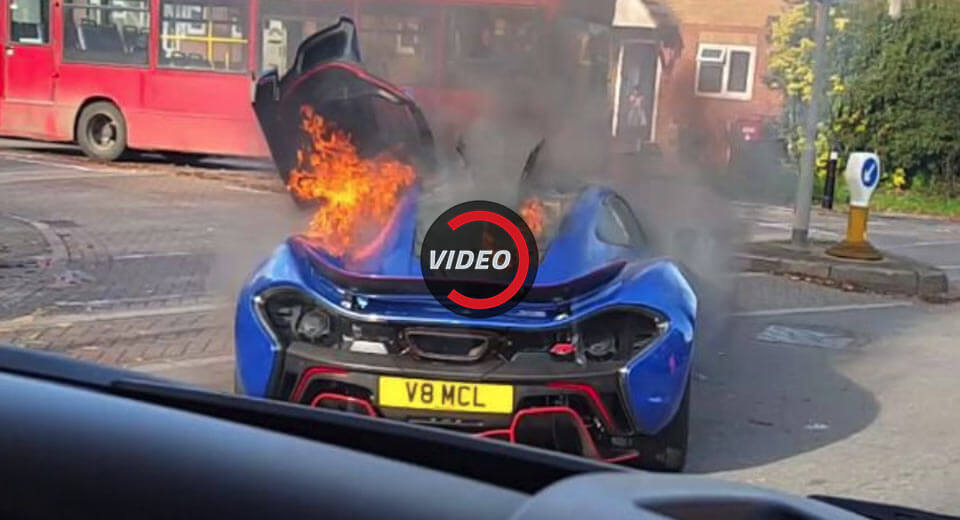 A unique McLaren P1 has gone up in flames in the UK, causing severe damage to the British hypercar.

This P1 comes courtesy of the brand’s MSO division and is painted blue with red accents. It was one of the UK’s most well-known P1’s but on Saturday, caught fire for an unknown reason.

Footage from the scene shows the car’s engine bay and undertray spewing flames and plumes of black smoke. Additionally, we can see that a trail of oil/fuel has been left behind on the road and is also ablaze, indicating that some type of fuel or oil leak may have triggered the blaze.

There are currently no details available as to what was left of the P1 after the inferno nor if anyone was injured.