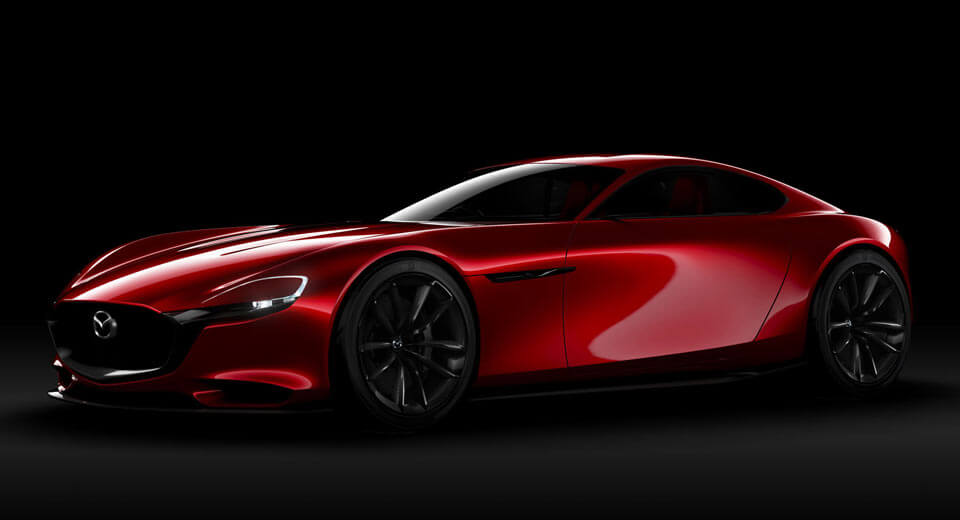 For many months, it’s been assumed that Mazda would celebrate its centenary in 2020 by releasing a new rotary-powered sports car. That’s not going to happen.

During a press conference with journalists at the Tokyo Motor Show, Mazda senior managing executive officer and R&D chief Kiyoshi Fujiwara said the company simply won’t have the money to launch such a car by 2020.

“We cannot provide the RX-VISION to the market by 2020, because we do not have enough money to invest, to commercialize it,” he said to Motoring.

However, you shouldn’t lose all hope just yet.

Mazda’s managing executive officer in charge of the company’s Technical Research Center, Mitsuo Hitomi, revealed that work continues on a new rotary engine, separate from the range-extender EV arriving in 2019.

“If we achieve success [with SKYACTIV-X] probably we can have money enough to invest in the next challenge, then we can judge to go ahead. It’s going to be too late to make the RX-Vision for the centennial.

“But we have still been developing rotary engines as a sports car. Technology is going well but if we launch this kind of model later, we will have to add more technology to it, like autonomous driving, electrification,” Hitomi said.

Interestingly, Hitomi said that the brand’s next rotary sports car could be sold in certain markets without electrification while other cities and countries could be offered a hybrid variant.