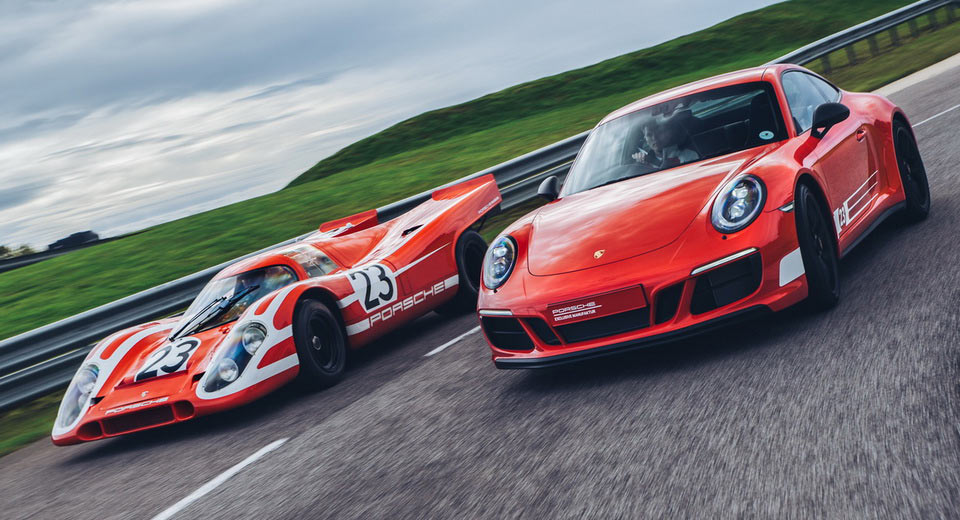 Porsche is the most successful car maker in the history of the 24 Hours of Le Mans race, scoring 19 victories over the years and with the new ‘British Legends Edition’ pays tribute to the efforts of three legendary British drivers – Richard Attwood (winner 1970), Derek Bell (winner 1981, 1982, 1986, 1987) and Nick Tandy (winner 2015).

The new limited edition of the 911 GTS was designed by Porsche Great Britain together with Porsche Exclusive Manufaktur. Each driver gets honored with a unique spec, identified by the number of their winning racing car and its colour scheme incorporated into the livery. There’s also a Union Jack combined with the driver’s signature.

Each car also comes with Alcantara interior trim -including the steering column casing-, satin-finish black door mirrors, carbon floor mats with Alcantara edging while customers will be able to choose between a manual and a PDK dual-clutch automatic transmission as with the standard GTS models. Each example will be finished by hand in Porsche’s new Exclusive Manufaktur workshop.

Power comes from a twin-turbo 3.0-liter flat-six unit, developing 450hp and 405lb-ft (550Nm) of torque, enabling the Carrera 4 GTS to reach 62mph from standing in 3.6 seconds when fitted with a PDK transmission.