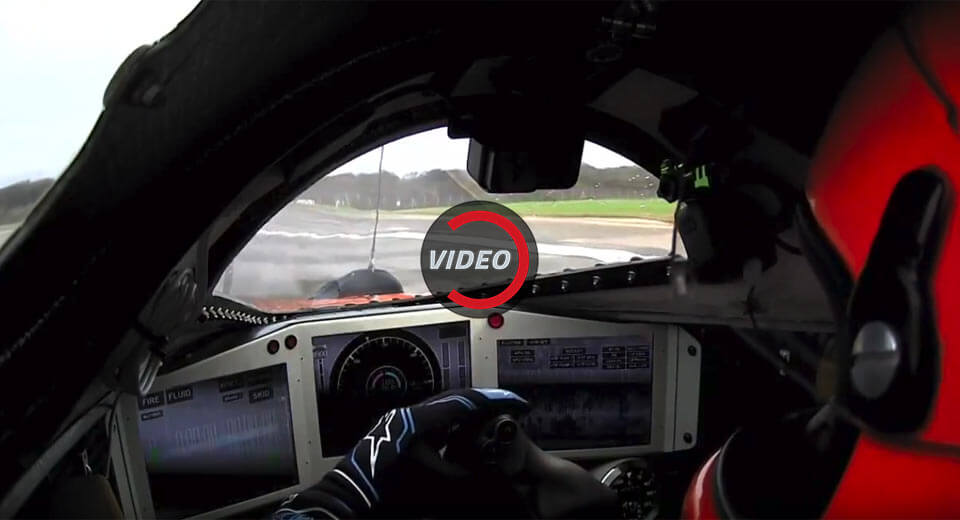 The Bloodhound SSC has successfully completed its first test, reaching 200 mph on two separate runs at the Newquay Airport in the UK.

Each of the runs saw the jet and rocket-powered car accelerate to 200 mph (320 km/h) in less than 1300 meters (4,265 feet) and served as crucial tests for the vehicle’s steering, brakes, suspension and data systems. Additionally, it enabled the Bloodhound team to measure the efficiency of the EJ200 jet engine.

Following the successful shakedown, the Bloodhound SSC will head to South Africa for two high-speed runs at the Hakskeen Pan in 2018. The team plans to use the 11-mile track to push the SSC to speeds of over 600 mph (965 km/h).