Scoop: Alpina’s Take On The New BMW X3 Caught Out In The Open 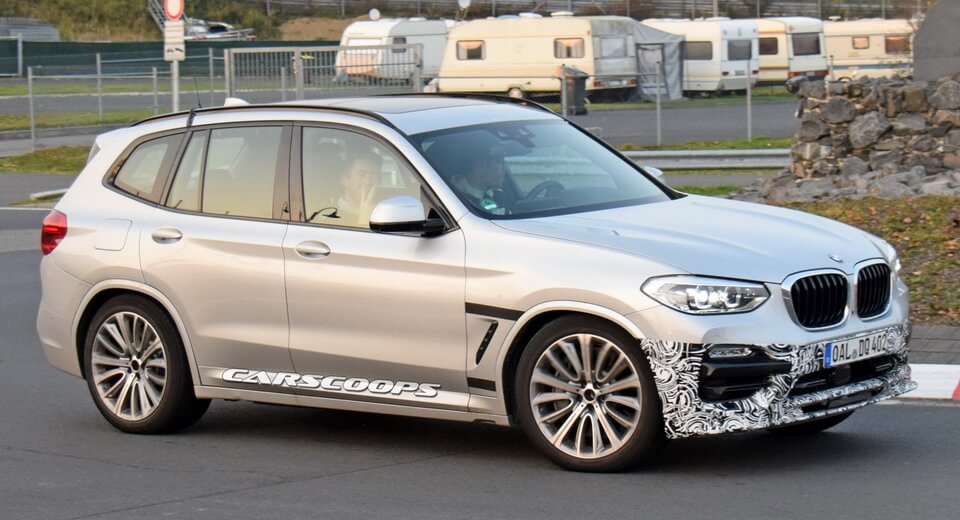 With the new BMW X3 being currently rolled out, you wouldn’t expect Alpina to sit out of the SUV game, would you?

These are the first photos of Alpina’s take on the all-new BMW X3. The Buchloe-based semi-official tuner of BMW was caught working on the successor of the XD3 model, one of the fastest diesel SUVs you could buy back in 2014 when it was launched.

We still don’t know if Alpina will stick to only a diesel powerplant this time around as there’s also the possibility of offering a petrol version as well.

In any case, the successor of the Alpina XD3 will most likely be powered by a twin-turbo 3.0-liter straight-six diesel unit paired to an eight-speed automatic transmission. Given that the outgoing model offered 350hp and 516lb-ft (700Nm) of torque, the new model will probably offer a tad more power.

The exterior will be updated with the usual Alpina touches, including deeper bumpers and side sills, quad exhausts and the classic 20- or 21-inch multispoke alloys while the chassis will be featuring all the usual goodies, including Alpina’s specially tuned adaptive suspension and bigger brakes.

The new Alpina-tuned BMW X3 is expected to debut at the Geneva Motor Show in March 2018.