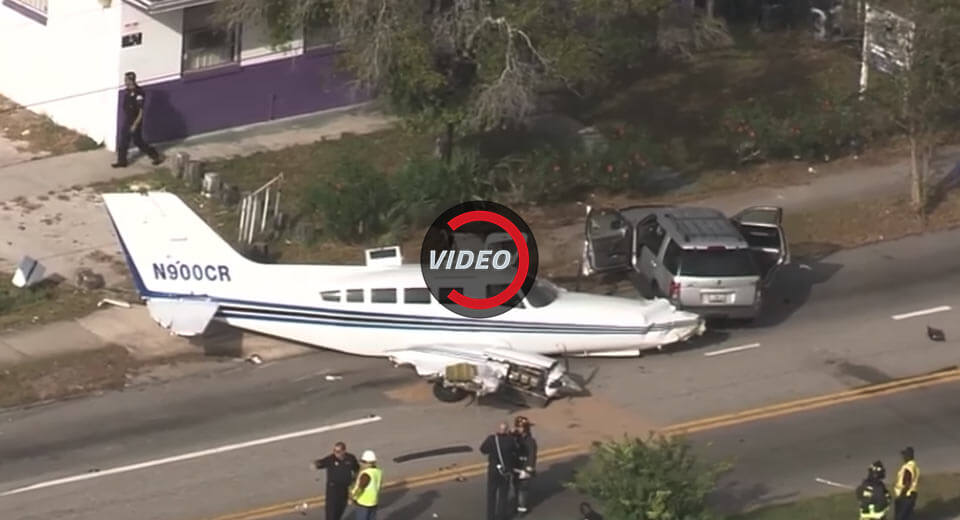 A small plane has crashed on a residential street in St. Petersburg, Florida, injuring five people.

The incident happened this afternoon at 18th Avenue S and 16th Street S with images and video showing the twin-engine Cessna heavily damaged when it came to a stop after hitting two vehicles.

Investigators are yet to determine why the plane crashed but the two people in the plane, as well as the three on the ground, survived. Fox 13 News reports that three of the injured were taken to hospital without life-threatening injuries.

It has been determined that the plane is registered to a charter company in Opa-Locka. Earlier in the day, it had flown from Opa-Locka to Tallahassee, but it’s yet to be determined where it was heading during the afternoon flight.