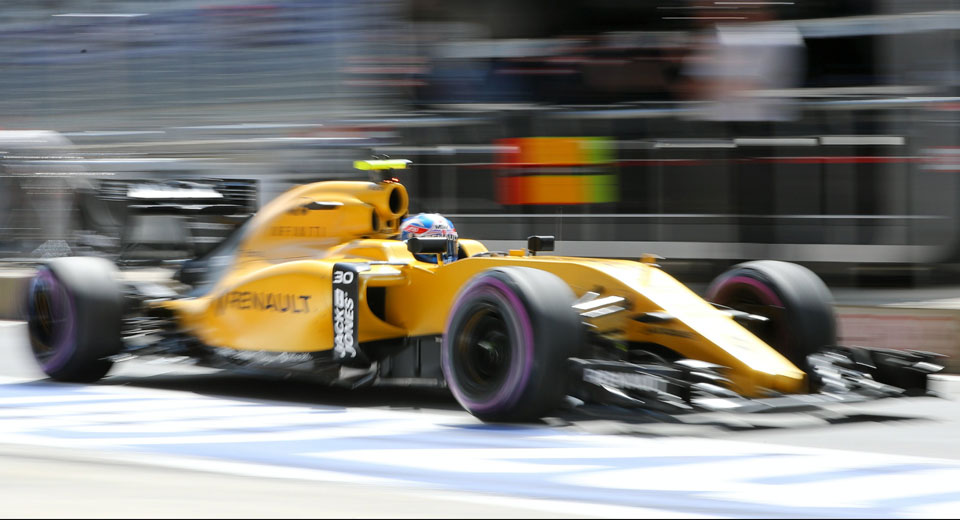 With McLaren switching to Renault power next season and Toro Rosso switching to Honda, the announcement of Carlos Sainz's move may have gotten lost in the headlines. But it's happening, and happening sooner than expected.

Renault announced this weekend that Sainz will move over from STR starting with the next round in Austin later this month, and for the rest of the season. And that means that Joylon Palmer is out.

The son of former F1 driver, race organizer, and track owner Jonathan Palmer, Joylon was the 2014 GP2 champion. He started in F1 with Renault just last season, but has only finished in the points twice since then – with a tenth-place finish in Malaysia last season, and sixth in Singapore last month. Consistently outshone by his teammates (Kevin Magnussen in 2016 and Nico Hulkenberg this year), Palmer's out.

“The Japanese Grand Prix will be my last race for Renault,” said Palmer on the eve of the race at Suzuka. “I wish the team all the best for the future. My immediate focus is now on achieving the best possible result in the Japanese GP, and then I can assess my options for the future.”

His replacement, Carlos Sainz, Jr. is also the son of a former top-level driver – two-time World Rally Champion Carlos Sainz, Sr. – and has been performing much better at an ostensibly lower-level team over the past three seasons. Toro Rosso is said to have released Sainz in compensation for terminating its engine-supply contract early with Renault, which in turn has likely had to pay Palmer to relinquish his side of the contract early.

At the same time, Renault confirmed that Marcin Budkowski as its new executive director, overseeing chassis and production operations. A veteran aerodynamicist, Budkowski has until now supervised implementation of the FIA's technical regulations, coordinating on behalf of the governing body with the various teams to ensure their designs fall within the rules. The concern is that, being privy to each team's secrets, Budkowski could end up taking those secrets with him to Renault – a problem which rival teams (Red Bull especially) have sworn to fight.