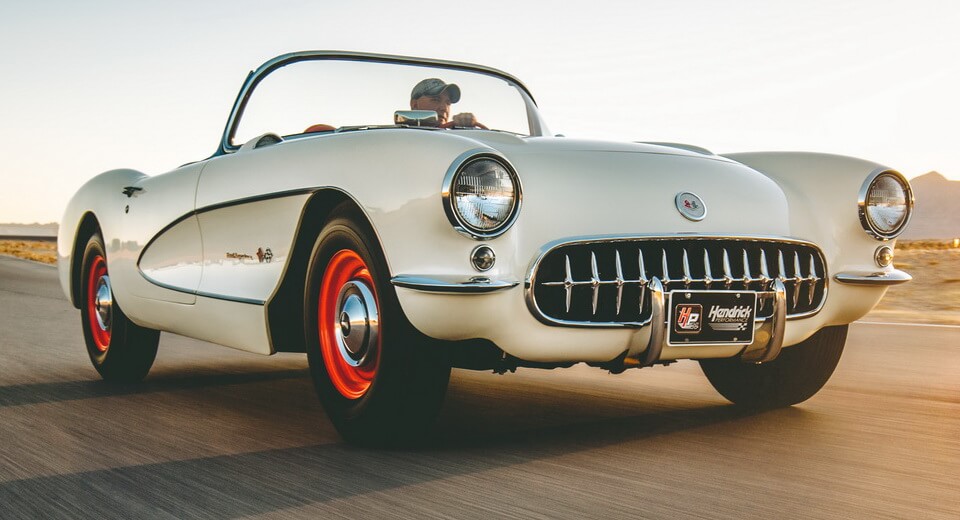 To showcase their 60-plus years of history in official performance options, Chevrolet has brought this beautiful 1957 Corvette ‘Air Box’ to SEMA.

1957 was the first year the Corvette became available with a four-speed transmission and a small block V8 that grew to 283ci (4.6lt), gaining along the way mechanical fuel injection. These changes allowed the Corvette to offer one horsepower per cubic inch for a total of 283hp.

This was also the first year Chevy started to offer a series of performance options in order to enhance the Corvette’s handling. These included the so-called option 579E, also known as the “airbox” package, and the option 684, a heavy-duty suspension pack that was known as the “big brake” package. The airbox package featured a special sealed air intake system which drew colder air and helped the 283 small block to run stronger during longer races.

Chevy says that only 43 examples of the 1957 Corvette came with the 579E airbox option from the factory and one of them is the display car at this year’s SEMA show, courtesy of Hendrick Performance.

Next to this beauty on the showfloor is the new 2018 Corvette Carbon 65 Edition which features an all-new cold-air intake system that will become available for order in the first quarter of 2018.