Tokyo, Your Fuel-Cell City Bus Has Arrived In The Toyota Sora 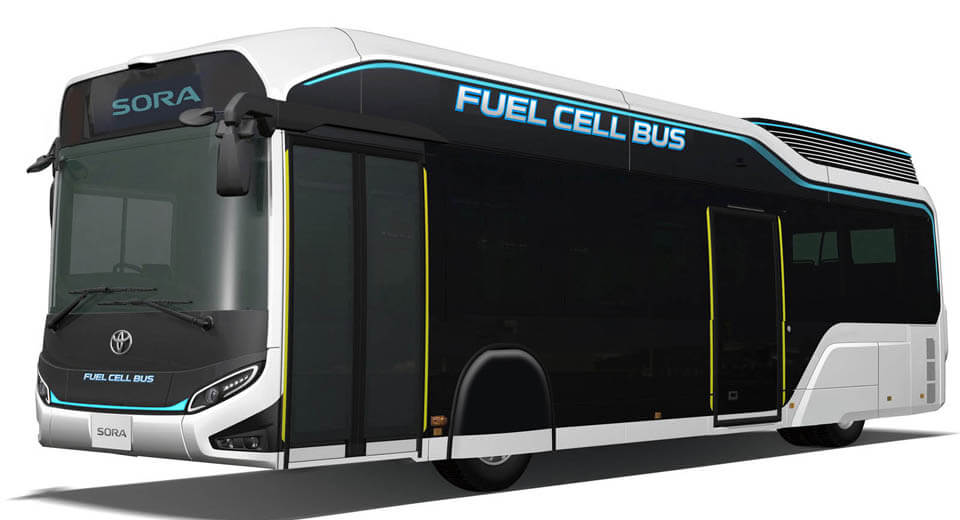 See this bus? It's a concept that's set to debut at the Tokyo Motor Show. But that won't be the last that residents and visitors to the Japanese capital will see of it.

Called the Sora, it' a city bus powered by hydrogen fuel cells. Though shown in concept form, Toyota plans to make over 100 of them mostly for use in Tokyo – particularly during the forthcoming Olympic games in 2020.

The powertrain is derived from that in the Mirai to not only propel the vehicle around town, but also to serve as a power source in disaster areas.

Beyond its power, though, the Sora has also been designed to be more convenient and comfortable for public-transit passengers and the drivers moving them from station to station.

There's a bench, for example, that automatically retracts to provide additional space for wheelchairs and strollers. Ther's also an acceleration control function that keeps movement smooth (instead of jerking passengers around inside) away from a stop. Eight high-definition cameras inside and outside the vehicle help the driver keep an eye on passengers and the surrounding area. It even features a system that helps it stop smoothly and precisely at each station.

The 34-foot bus has room inside for 78 passengers (22 seated and 56 standing), and looks better than most city transit vehicles we've seen. Check it out for yourself in the image gallery below, and look forward to taking a ride if you find yourself in Tokyo from next year.