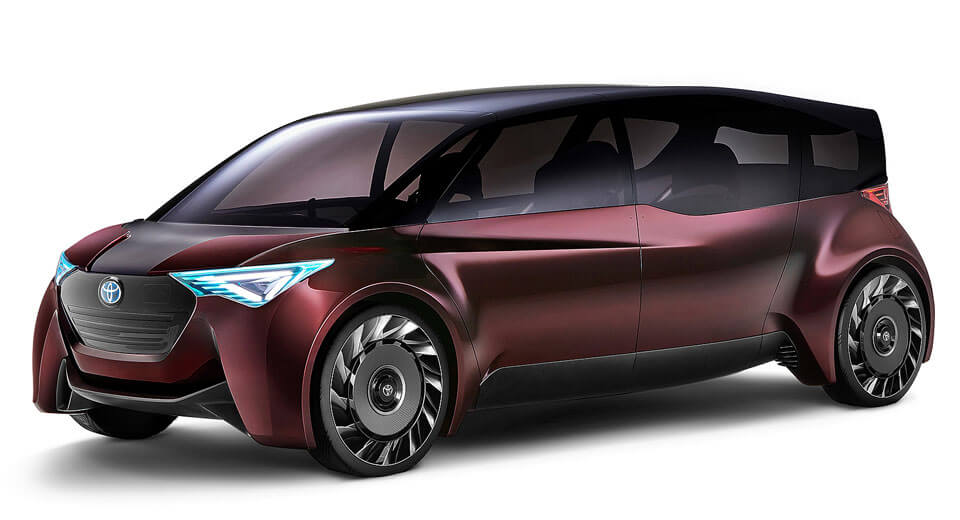 When we showed you the Concept-i Ride and Concept-i Walk earlier this week, we had a feeling it wouldn't be long before Toyota revealed another concept for the Toyko Motor Show.

We figured it would take a bit longer than two days, but here we already have the next.Called the Fine-Comfort Ride, the new concept is hardly as dynamically named as, say, the Supra, or even the Land Cruiser. But what it lacks in nameplate allure it makes up for in innovation.

The show car envisions a self-driving lounge space powered by hydrogen fuel cells and individual hub motors. It's designed around a diamond-shaped cabin layout that's widest around the passengers, tapered towards the rear, and curved around the windshield.

As with so many forward-looking self-driving concepts, the cabin setup is flexible. The bench at the back is fixed, but the four captain's chairs can move around to transform from a layout you'd expect to see in a minivan or crossover to that of a living room. There's also an array of infotainment displays around the cabin to provide, in the manufacturer's words, “additional value other than movement to the passengers and is not simply just a 'ride.'”

With individual electric motors pushed to the extremities, the vehicle is shorter in length (at under 16 feet) than a Sienna but rides on a longer wheelbase. It's also about as wide, but sits lower. And of course, with an unspecified hydrogen fuel cell powertrain, it's cleaner, too – with a range of about 620 kilometers, a refueling time of just three minutes, and not a single molecule of carbon emitted.