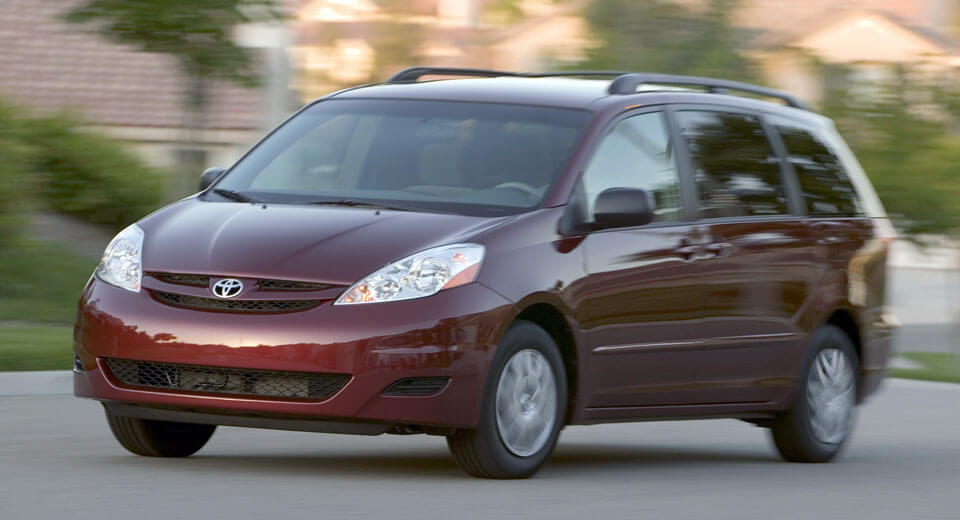 We wouldn't go so far as to say that trust is misplaced, but this latest recall may tarnish that image a bit.

The problem is that the shift lever in certain Siennas could slide out of the Park position without the brake pedal depressed. And if the parking brake isn't applied, the vehicle could roll away unexpectedly.

According to the National Highway Traffic Safety Administration, the issue is specific to certain 2005-07 and 2009-10 models – of which there exist an estimated 310,475 examples in the United States alone. Toyota sells about 120,000 of these vans on average in America each year, so we're looking at about half of those out there from those model years.

Those vehicles affected will need to have their shift-lock solenoids replaced in a process set to begin December 1. Hopefully that'll do the trick, because the thought of a van full of kids rolling off inside a runaway minivan isn't a pretty picture.