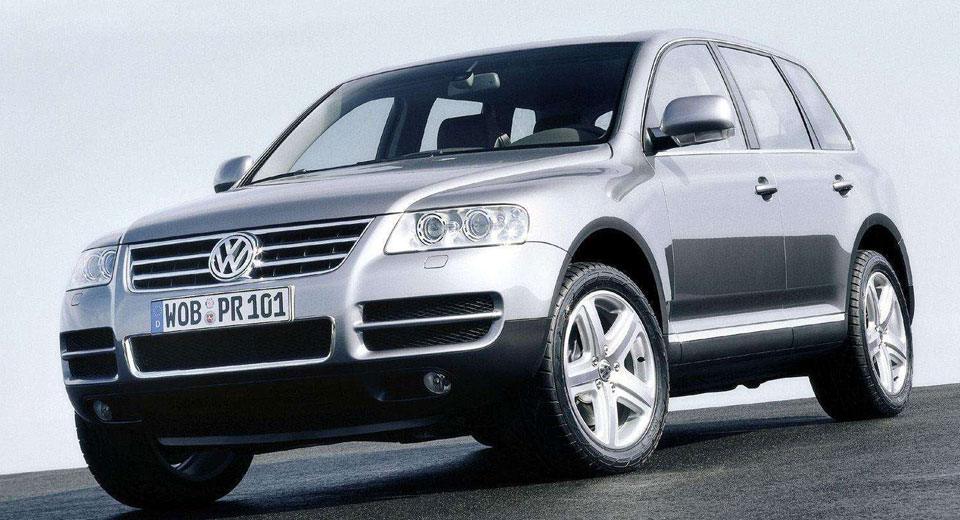 A couple of weeks ago, Porsche announced it was recalling a number of first-generation Cayennes. Now Volkswagen is following suit by recalling the Touareg for the same reason.

The problem with the Touareg (as with the Cayenne) relates to the fuel filter flange, which could crack and leak gasoline.

Though they were developed before Porsche was subsumed into the Volkswagen Group, the Touareg and Cayenne were developed together. Much of their manufacturing takes place at the same plant in Bratislava, Slovakia, before the Cayenne is completed in Leipzig.

Their modern successors, now three generations in, are still built there, along with the Audi Q7. Similar to the Cayenne, much of the Bentley Bentayga, which also shares the same platform, is built there before final assembly is undertaken in England. Expect a similar approach to be taken with the forthcoming Lamborghini Urus.

In addition to 50,145 Cayennes, VW is calling in 73,941 Touaregs from the 2004-2007 model years. The fix they've prescribed, however, is different. While Porsche intends to replace the flanges on all the affected units, Volkswagen will inspect those components, and replace them if they're cracked, or fit a protective cover if they're not.