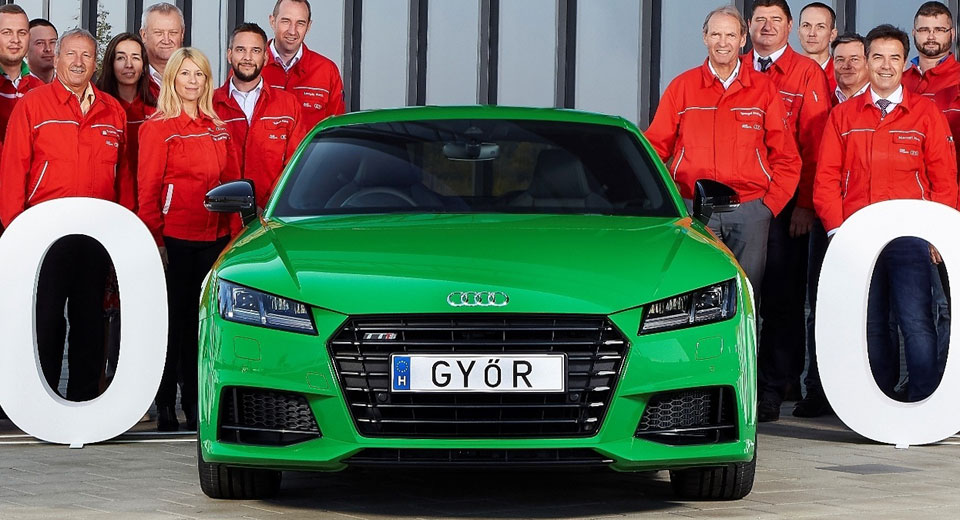 Order up a new Audi TTS and you can choose between ten exterior paint options – most of them shades of greyscale, with a few more vibrant colors thrown in for good measure.

Viper Green isn't one of those colors, but Audi will gladly paint yours in an array of additional “exclusive” colors (for an extra $3,900). That's the route this car's buyer in the UK has gone.

The eye-catching paintjob isn't the only thing that sets this coupe apart, though. It also marks a major milestone for the plant at which it was built.

The unique TT happens to be the 500,000th vehicle made at Audi's factory in Győr, Hungary, over the past two decades. The plant was inaugurated in 1998, and today handles production of the TT coupe and roadster as well as the A3 sedan and cabriolet. Soon it will add the Q3 and Q4 crossovers as well, so don't be surprised if it takes less than another 20 years for the plant to reach the million mark.

The plant nearly celebrated a similar milestone last year with another TT (an RS coupe), but that was counting from the earliest days of the plant when the painted bodies were trucked in from the main site in Ingolstadt. The new tally represents the facility's complete manufacturing capabilities, including bodywork and engines. 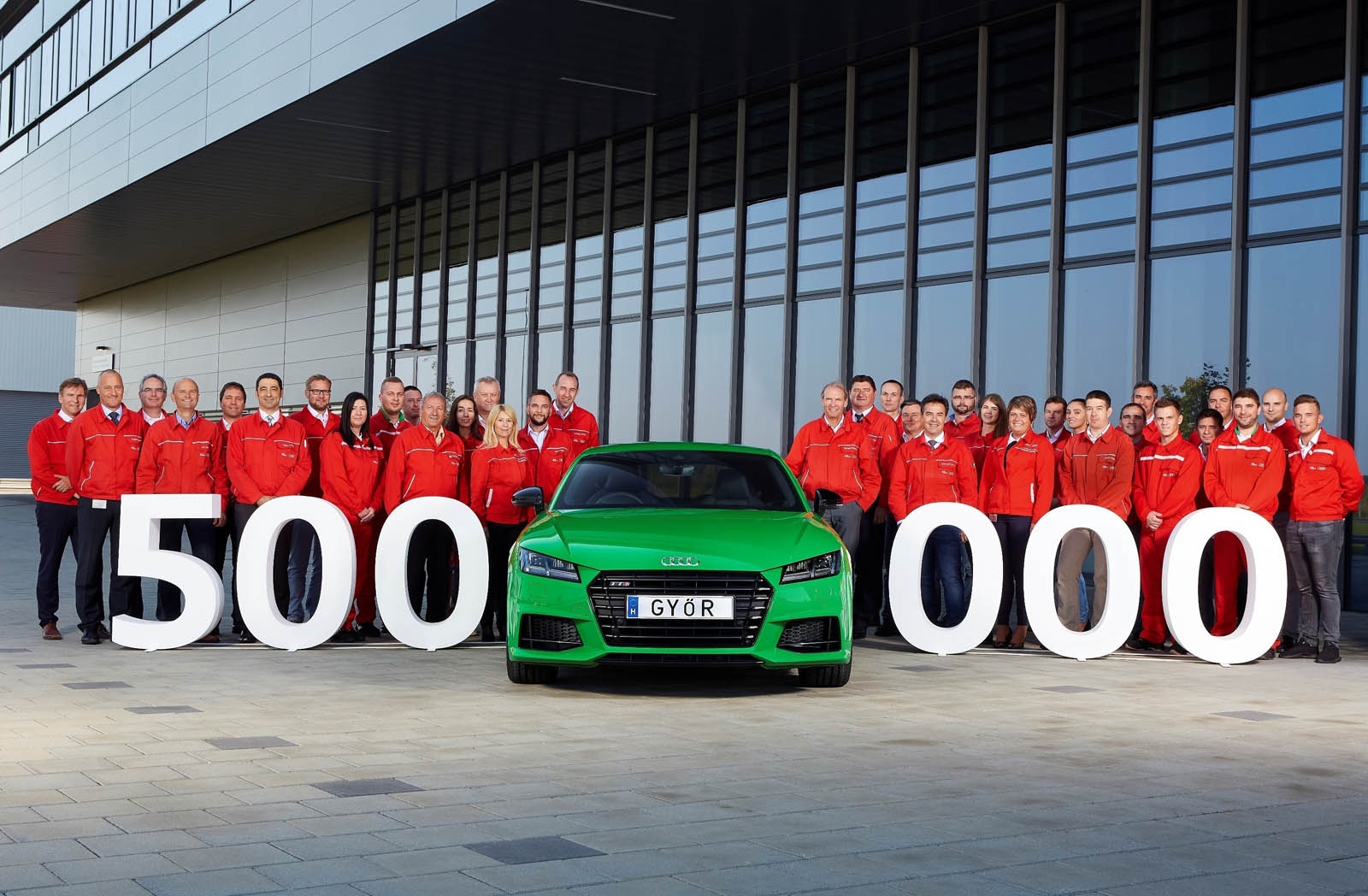