What's It Like Driving Faster Than The Speed Of Sound? 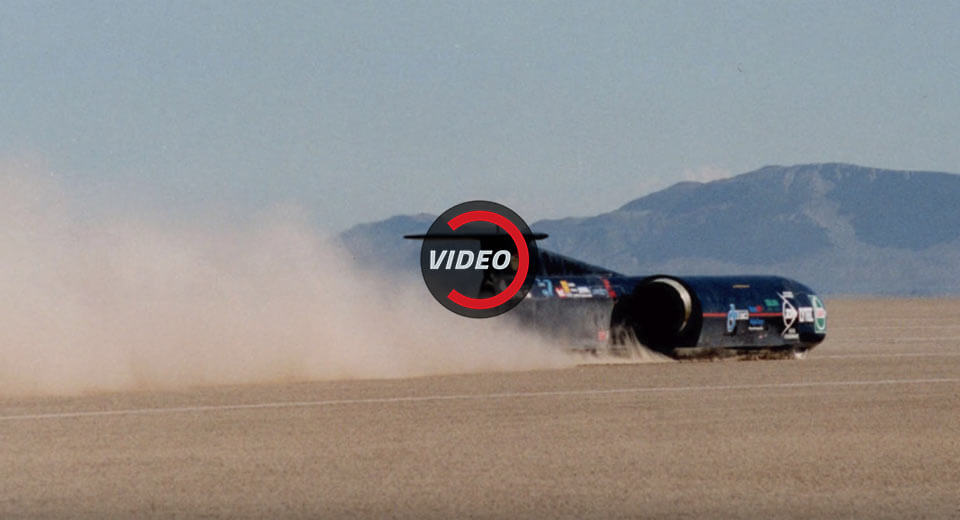 It has been 20 years since the Thrust SSC became the first car to break the sound barrier and set a land speed record of 763 mph (1,228 km/h).

Work is currently being done on breaking the 1,000 mph (1,609 km/h) barrier with the Bloodhound SSC. However, it is proving to be a longer process than expected and has already been in development for nine years.

In the meantime, the Bloodhound crew has released a video detailing Andy Green’s record board behind the wheel of Thrust SSC. It is fascinating.

Perhaps the most incredible thing about the two runs Green did to set the new record is that the staggered tire setup of the car meant it squirreled along the salt flats, rather than staying in a straight line. In order to counteract the car’s tendency to pull to the left, Green had to input up to 90-degrees of opposite lock to keep the SSC in a straight line.