Can We Interest You In A Manual, V10 Screamer With A BMW M Badge On It? 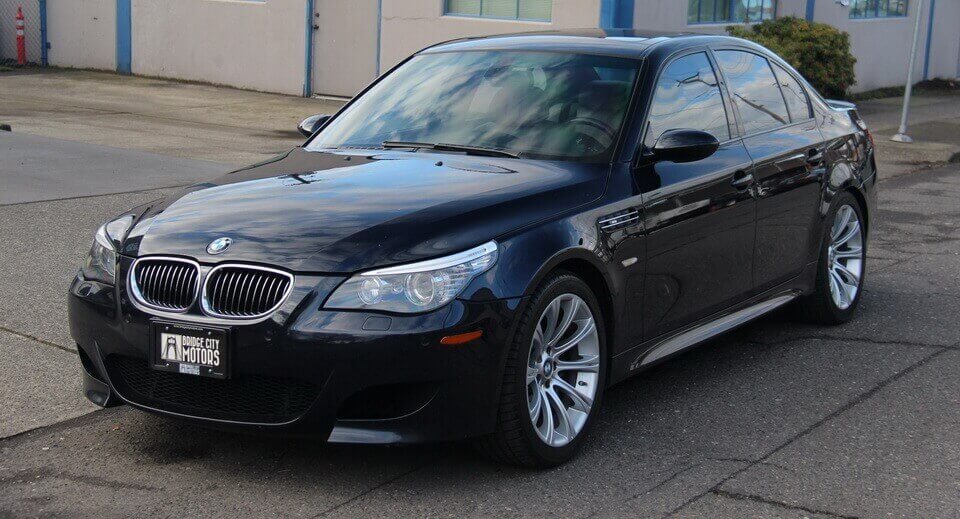 There’s a 2008 BMW E60 M5 offered in auction but unlike the majority of its kind, this one comes with three pedals and a stick.

North America was persuasive enough to force BMW to add the manual option in the E60 M5, making a special car perhaps even more special.

Replacing a legend like the E39 M5 was a tall order for BMW but they’ve managed to up the ante with the E60 generation when they threw this magnificent engine under the bonnet, creating probably the first of the super sedans as we know them today.

Finished in Monaco Blue, this example remains completely stock after 84,000 miles on the clock. The last service was done by the selling dealer and included a new power steering pump and belt, a new A/C drive belt and a new radiator hose clamp.

The S85 5.0-liter V10 produces 500hp and 380lb-ft of torque which revving up to 8,200rpm, making at the same time one of the most intense, motorsport-derived soundtracks out there. Its rev-happy nature has been wildly celebrated and the fact that this comes with a manual instead of the often-criticized SMG transmission creates a very special car indeed.

The car is currently listed on auction over at Bring A Trailer with a high-bid of $11,365 up until the time of writing, so head up over there, have a look and even place a bid.