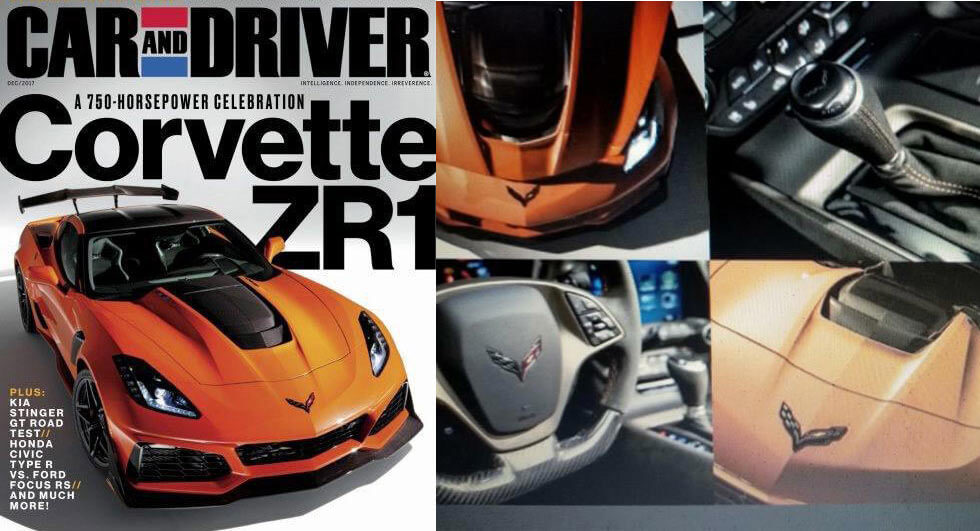 The first purported pictures of the Corvette ZR1 have surfaced online ahead of its debut on November 12th.

Posted by Corvette Blogger, the images were reportedly taken from Car and Driver and reveal the model will be equipped with an aerodynamic body kit which that includes a carbon fiber front splitter, air intake ducting, and a massive rear wing. We can also see a ventilated carbon fiber hood, a carbon fiber roof, and lightweight alloy wheels.

The rest of the photos don't reveal much but they show the cabin will have an Alcantara-wrapped shifter and a flat-bottom steering wheel with carbon fiber trim. There also appears to be a carbon fiber engine cover and a glimpse of the engine itself. 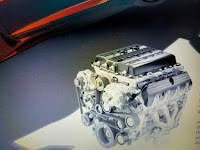