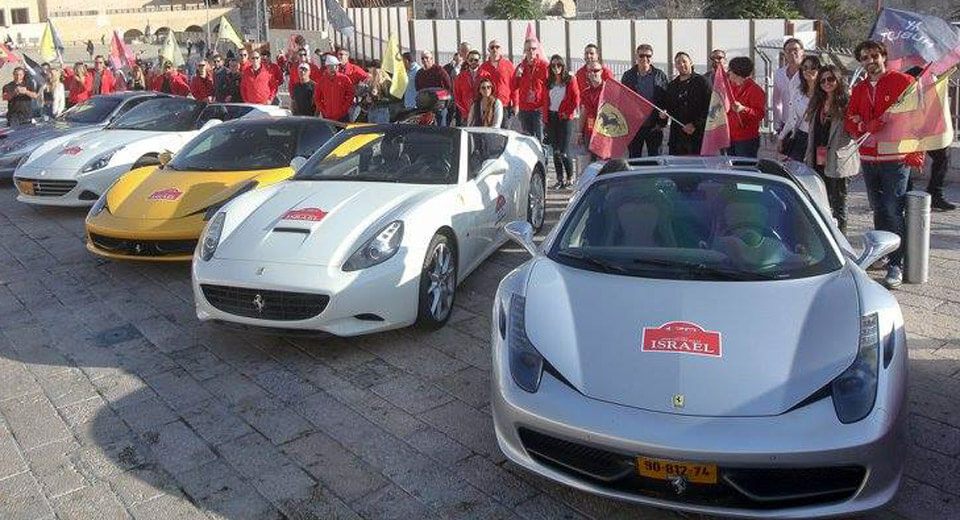 Ferrari is celebrating its 70th anniversary this year, with regional offices and local dealerships organizing tours for owners around the world.

That includes Israel, where the Tel Aviv dealership assembled a rally across the small Mediterranean country.

Among the places which the tour visited was the capital Jerusalem, including a stop early last Friday morning at the Western Wall plaza – an area from which traffic is typically prohibited from entering, except with special permission from the relevant authorities.

The organizers of the Ferrari tour obtained that authorization, but not everyone was impressed. According to the Times of Israel, one passerby called the display “disgusting” and “outrageous.” Another derided the display as a “commercial gimmick” with no place at the Wall.

One of Jerusalem's holiest sites, and a central pilgrimage site for Jews around the world, the Western Wall is the last remaining vestige of the Temple that once stood atop the mountain. The wall (or "kotel" in Hebrew) was built by King Herod in the year 19 BCE to retain the hilltop plaza, where the Dome of the Rock (one of Islam's holiest sites) now sits.

The Western Wall Heritage Foundation authorized the visit, its chairman Rabbi Shmuel Rabinovitch describing it as “an innocent agreement to allow parking for a few minutes in the early morning.” However the national government's Religious Services minister David Azoulay said “there is no place for such flashy displays at this holy place,” convening a meeting to prevent such events from happening in the future.