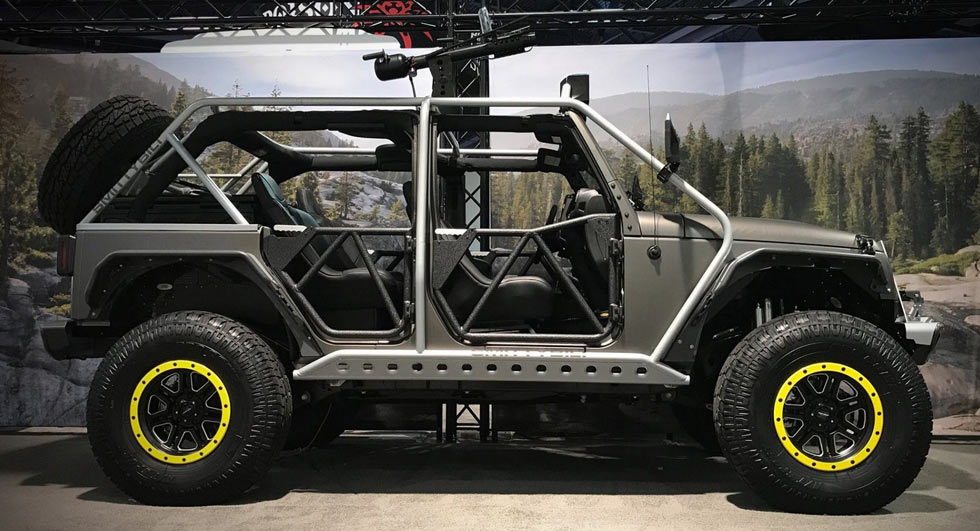 Jeep recently released the first pictures of the 2018 Wrangler but Alpine is giving the outgoing model a last hurrah with its unique Hellbender concept.

Based on the Wrangler Unlimited, the Hellbender is a demonstration vehicle which is named after the amphibious hellbender salamander. The model was built by Define Customs and features a number of Smittybilt components including bumpers, rockers, and fender flares. The Wrangler also boasts a custom exoskeleton, a new hood, and Procomp Apex wheels with 37-inch Xtreme MT2 tires.

The changes don't stop there as the model has been equipped with a t-shirt gun turret and two Alpine ICE (In-Cooler Entertainment) systems. The latter items are coolers which have Bluetooth connectivity and an integrated 180-watt sound system. They can be automatically deployed from the Hellbender's motorized platform at the push of a button.

Since the vehicle was created for Alpine, it comes equipped with an assortment of electrics. Highlights include front and rear cameras as well as a weather resistant PSS-22WRA sound system which has nine speakers, two amplifiers, and an enclosed subwoofer.

Another notable feature is the 9-inch X209-WRA-OR infotainment system which is weather resistant and has Android Auto and Apple CarPlay compatibility. The system also has GPS navigation as well as an off-road mode with vehicle tilt and tire pressure readings.

Your eyes do not deceive you. That is not one, but two, black #AlpineICE Grizzly Coolers coming out of the Hellbender Jeep to get the party started.

Posted by Alpine Electronics of America on Tuesday, October 31, 2017 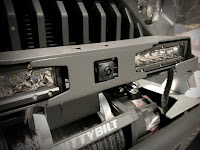 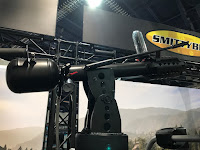