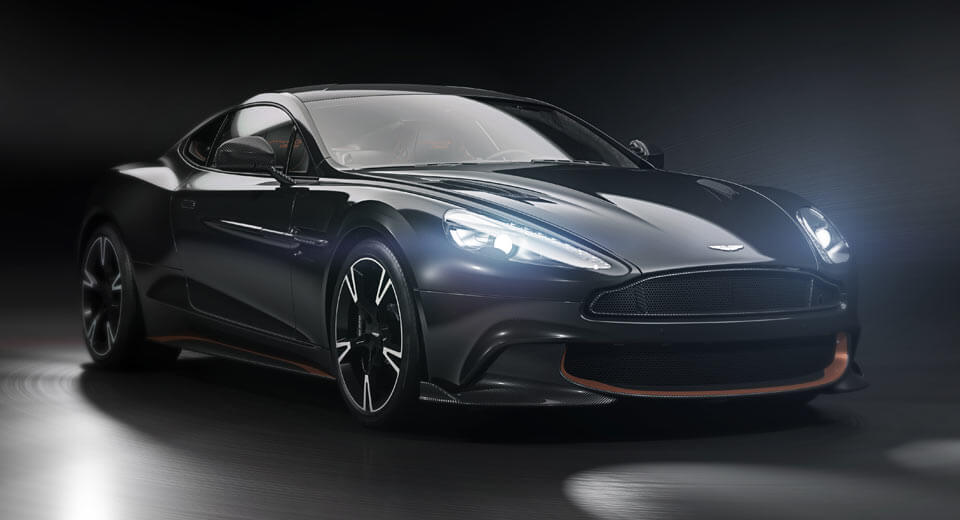 As the Aston Martin Vanquish enters the final phase of its production life, the British marque has unveiled a limited-edition model, dubbed the Vanquish S Ultimate.

Limited to just 175 units worldwide, customers will have the option of buying the Vanquish S Ultimate in Coupe or Volante guise in one of three different exterior color schemes and interior trim packages.

The first of these ‘Designer Themes’ sees the car painted in Ultimate Black and complemented by Copper Bronze accents on the front air intake, side sills, and rear diffuser. Additionally, the car has numerous carbon fiber accents and an interior featuring Obsidian Black leather with Chestnut Tan accents, stitching, and carbon.

Last but not least is the third Design Theme, consisting of White Cold paintwork with Bronze graphics and a Chestnut Tan leather interior with Obsidian Black accents. If a customer wants, they can mix and match interior and exterior schemes.

As with the standard Aston Martin Vanquish S, the Ultimate Edition is powered by a naturally-aspirated 6.0-liter V12 with 595 hp and an eight-speed Touchtronic III automatic transmission.