Don't Be Fooled By Low Sales, The 2018 Acura NSX Is A Masterpiece 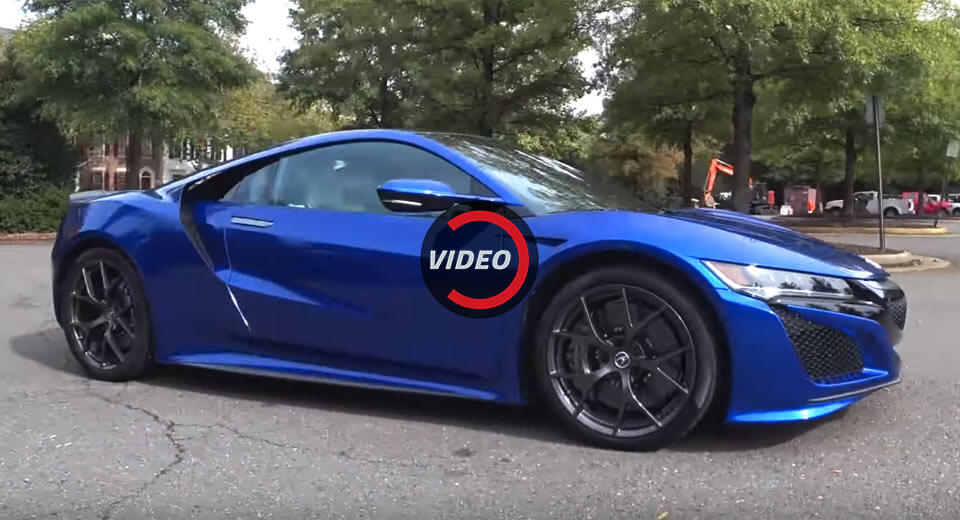 Although the Acura NSX is a technological marvel and essentially a mini-Porsche 918 Spyder, sales of the Japanese supercar haven’t been as strong as the brand would have hoped.

The car’s $156,600 starting price is certainly a key contributor to the meager sales, though one shouldn’t be fooled into thinking the NSX isn’t anything but remarkable, despite being far less common than rivals like the McLaren 570S and Porsche 911 Turbo.

In a bid to show that the NSX is much more than its sales figures may suggest, Redline Reviews jumped behind the wheel of a stunning blue example to explore every tiny detail of the car in a comprehensive 32-minute review.

The key factor distinguishing the NSX from all of its rivals is its powertrain. It is the only car in its segment with a hybrid powertrain, consisting of a twin-turbocharged 3.5-liter V6 and three electric motors. It also features a nine-speed dual-clutch transmission.