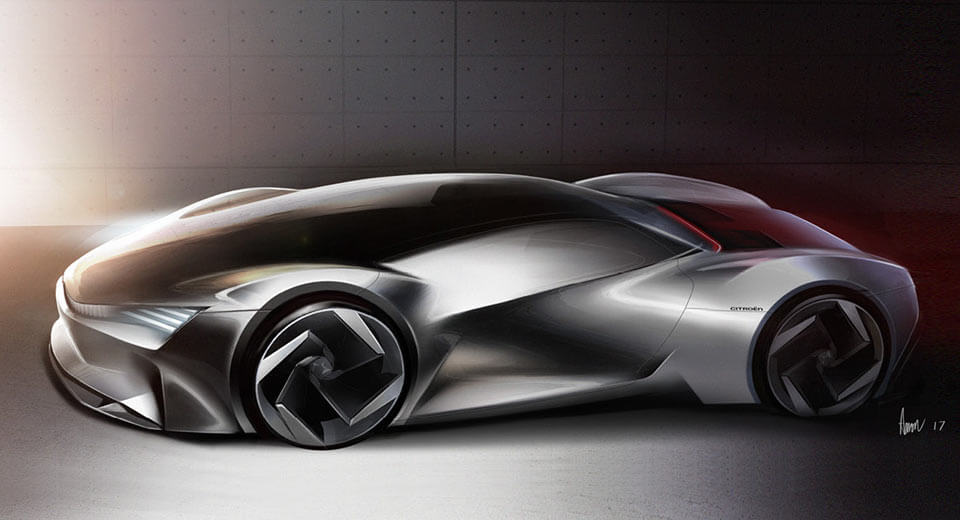 There’s a possibility that DS, the luxury arm of Citroen, could create a hybrid supercar to rival the BMW i8.

Initial reports indicated the car could take design inspiration from the E-Tense Concept but we’ve just come across another bold concept, and we like it even more.

The work of Behance artist Aaron Jaryong Koo, the DS supercar rendered bears little resemblance to the E-Tense Concept and instead combines Citroen styling with the cutting-edge work of Jean Paul Gaultier, a well-known fashion designer. As you’ll see in the gallery below, Jaryong Koo has created three different variations of the supercar, each with their own bespoke look.

The first (pictured above) is probably our favorite and incorporates headlights made up of four horizontal LED light bars, has a thin LED brake light at the base of the rear windscreen and includes a vented rear decklid that allows air to pass under the bodywork, effectively acting as a rear wing.

The other two designs, dubbed Direction B and Direction C, expand upon the first design but push things well into the science fiction realm with have protruding body panels, gaping wide air ducts and curious shapes.

If a DS supercar becomes a reality, it is unlikely to arrive before the end of the decade.