If Superman Needed A Ride, He Might Have Chosen This Tesla Model S 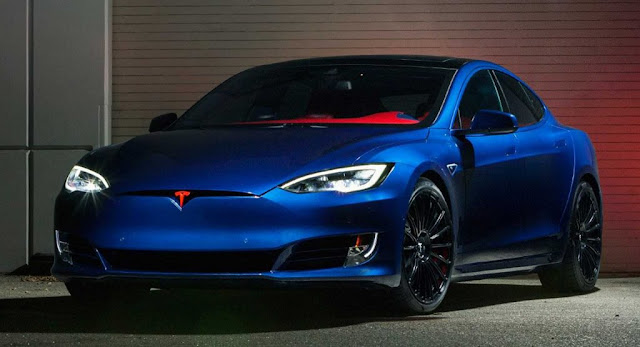 If we had a nickel for every driver tooling around in an electric vehicle frontin’ like a superhero saving the world, we might have had enough extra cash on hand to buy a nice one for ourselves. But this owner/comic-book fan seems to have taken things a step (or a leap and a bound) further.

Called Project Superman, it’s the latest Model S customized by the Tesla experts at T Sportline. And as you can see, it lives up to the name.

The electric sedan’s been painted in a Deep Blue Metallic with red badges for a look evocative of the iconic DC superhero. And it rides on 21-inch matte-black alloys, with a carbon-fiber wing on the trunklid. But inside is where the Superman motif really takes off its glasses and reveals its (not so) secret identity.

The cabin’s been re-upholstered in Bentley Red leather, with perforated seats and quilted door panels. It’s capped by blue accents to match the bodywork, with a blue suede headliner and blue carbon-fiber trim on the steering wheel, dashboard, and center console. And just in case the theme isn’t apparent, it has Superman logos embroidered into the headrests and floor mats and illuminating the tarmac and matching the one on the tail.

Since it’s based on the P100D model, it also packs the electric punch to back up its Superman theme. With Ludicrous mode engaged, the top version of the Model S will rocket to 60 in 2.5 seconds – or faster than a speeding bullet.
Tags : Tesla, Tesla Model S, Tuning,
Share to: