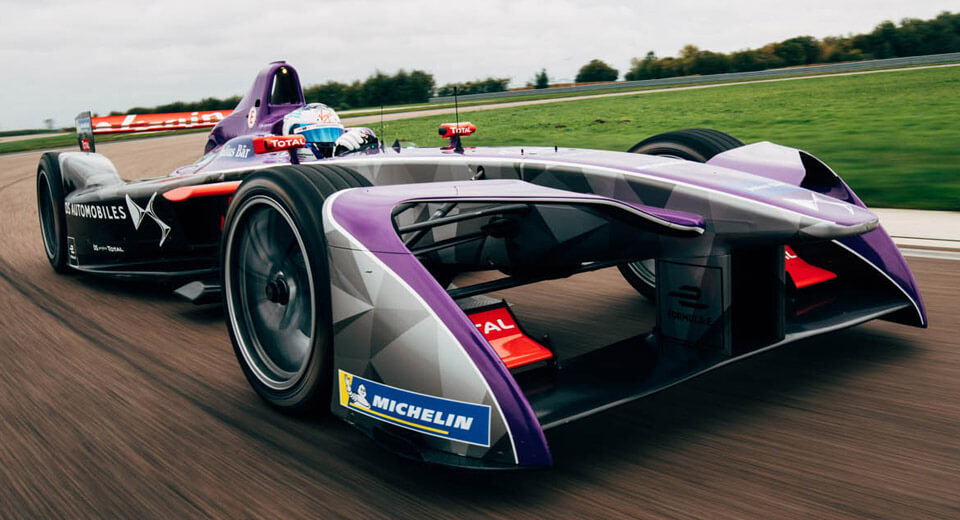 The fourth season of the FIA Formula E Championship is about to kick off in Hong Kong, with DS Virgin the latest team to unveil its new car for this year's championship.

Named the DSV-03, the latest machine packs similar specs to all the others on the grid, but is tuned by the PSA Group's DS Performance division for optimal performance.

The 16-foot-long chassis weighs at least 1,940 pounds (with the driver) and is powered by a single electric motor sending 268 horsepower to the rear wheels through a three-speed gearbox for a run to 62 mph (100 km/h) in under four seconds.

For the 2017/18 championship the team has employed the first all-British driver lineup in the series, pairing Sam Bird with Alex Lynn. Bird has been with the team from the start and former GP3 champion Lynn contested two races last season, impressing with a pole position on his debut.

The team has notably won races in each of the three seasons so far, starting with the second event at Putrajaya in 2014, the anniversary of which it is now celebrating. However, so far it's placed no better than third in the championship. We'll be watching to see how it fares this season, which kicks off on December 2 with a double-header before hitting Marrakesh, Santiago, Mexico, Sao Paulo, Rome, Paris, Berlin and Zurich, finishing in July with double-headers in New York and Montreal.