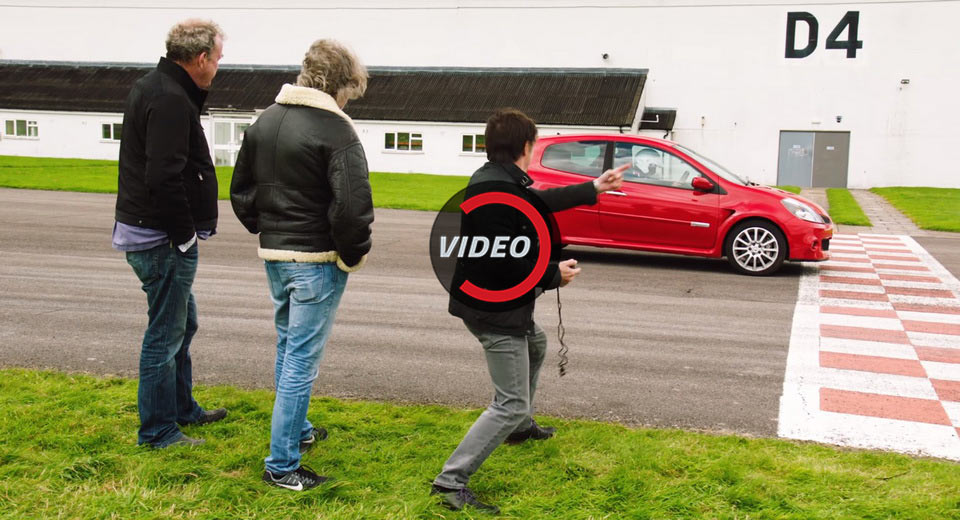 The Grand Tour continues building up the hype with a series of short videos, trying to find out a suitable replacement for the American.

After Mark Webber failed spectacularly to remain objective towards any car that�s not a Porsche, Richard Hammond thought that he had the perfect solution, bringing in an unknown stunt driver to audition.

Hammond argues that the qualities of a stunt driver are perfect for their show as they�ve been known to be fast, precise and fearless. And while Clarkson shows little to no interest of continuing the auditions after his favorite Webber failed to take the role, there�s a point to be proven.

Driving a previous-gen bright red Renault Clio RS, the unknown stunt driver begun his demonstration and proving that he has the necessary speed, at least at the first couple of corners.

The second season of The Grand Tour airs on Amazon Prime Video on December 8th.