Jeep Treats Us To The 2018 Wrangler On Halloween 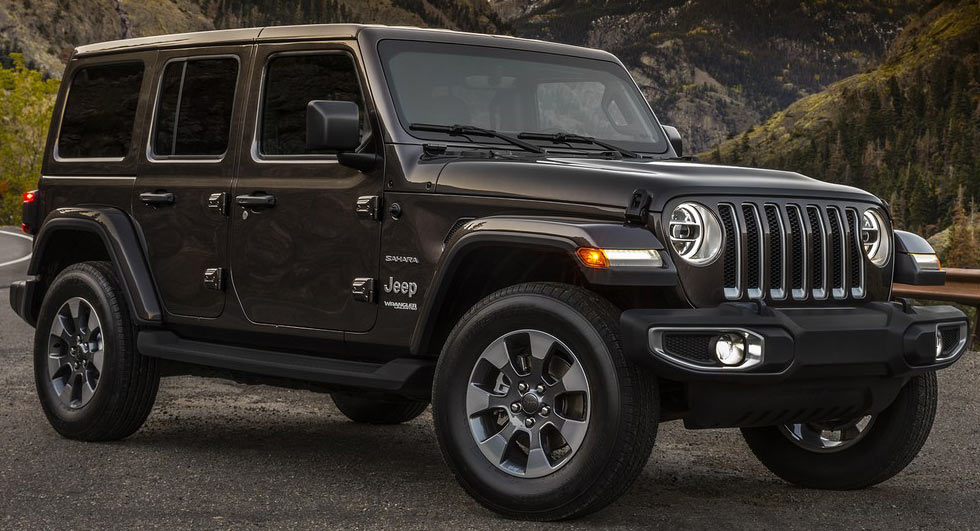 Jeep has released the first pictures of the highly-anticipated 2018 Wrangler.

Set to debut at the Los Angeles Auto Show on November 29th, the redesigned model has an evolutionary appearance that is instantly recognizable. Despite the familiar styling cues, Jeep says the Wrangler has improved aerodynamics, a fold-down windshield, and "even more open-air freedom." The company also says we can expect "dozens of different door, top, and windshield combinations."

Jeep is keeping details under wraps but we can see the model will have a seven-slot grille which is flanked by circular headlights. The turn signals have been relocated to the front fenders and they reside above a redesigned front bumper.

The 2018 Wrangler and Wrangler Unlimited will be equipped with "advanced fuel-efficient powertrains." Jeep declined to elaborate but previous reports have suggested we can expect a turbocharged 2.0-liter four-cylinder, a 3.6-liter V6, and 3.0-liter V6 turbo-diesel.

Full details will be announced in next month but the company has already confirmed the Wrangler will go into production by the end of the year. The current model will continue to be built at the Toledo South assembly plant until the first quarter of 2018.

A leaked ordering guide revealed the Wrangler Unlimited with be launched exclusively with the 3.6-liter V6 engine. It will be offered with a variety of different options including a three-piece hard top and a limited-slip differential.