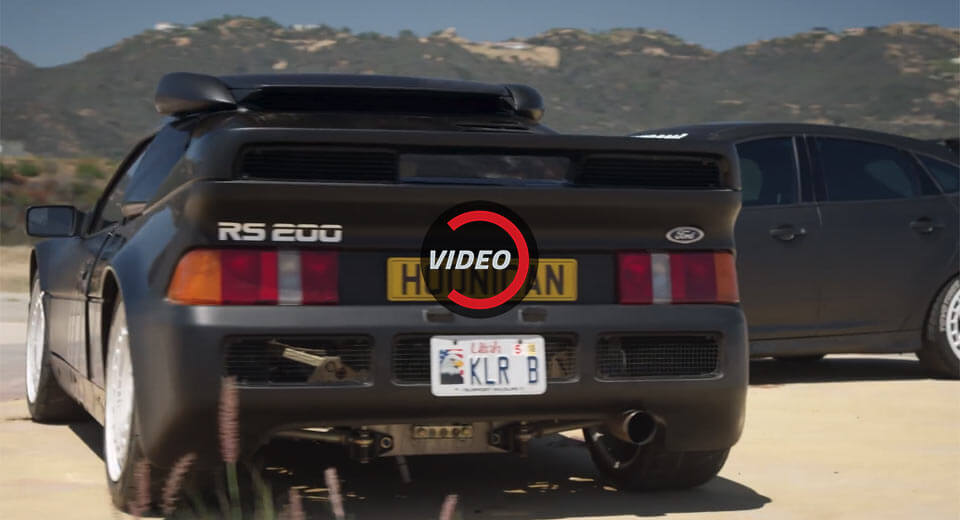 The latest Ford Focus RS is amazing. However, it is far from the coolest vehicle to wear Ford�s famed �RS� badge. That honor has to go to the RS200.

Built by Ford Europe from 1984 to 1986, the Ford RS200 was a road-going version of the brand�s Group B rally car and restricted to just 200 units worldwide.

Ford Performance driver Ken Block recently acquired number 34, a rare Evolution version, quickly adorned it with a matte black wrap and took to LA�s streets alongside his Focus RS. You only have to watch the videos below for a few seconds to realize just how special the RS200 is, particularly when compared to the new all-wheel drive hot hatch.

Road cars don�t get much better than this.