Peugeot 208 Is A Looker, But Loses Some Of Its Appeal In Base Trim 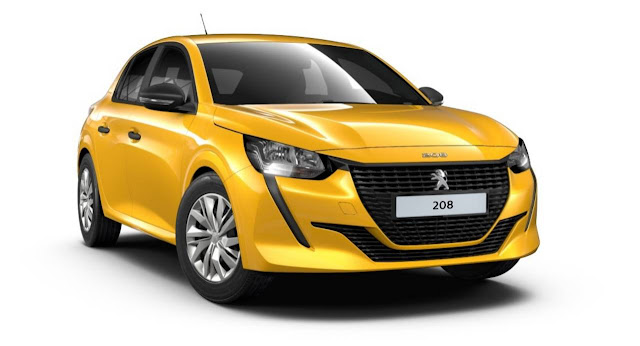 When Peugeot unveiled the all-new 208 earlier this year at the Geneva Motor Show, the automotive press hailed it as a game changer, with its bold styling receiving high praise.


It definitely looks spectacular for a supermini, but buyers should know that lower-priced versions are way less impressive. You see, automakers always display the highe-end versions of their new models at auto shows, and Peugeot is no exception.

The French automaker only showed the top versions, such as the Allure, GT Line and e-208 exclusive GT in Geneva. As it turns out, there is a good reason for that. Caradisiac has discovered what the base model looks like by accessing Peugeot Belgium’s configurator – and while it’s basically the same car, it’s far less impressive-looking.

In Belgium, the entry-level 208 grade is called Like, but there’s not much to actually like about it. Gone are the black wheel arch trims from the GT Line and GT, and the standard 15-inch steel rims with hubcaps are probably the first thing you’ll want to replace if you care about how your ride looks.

Unlike the range-topping versions, the 208 Like also lacks painted door handles and mirror caps, and the trim piece connecting the taillights is matte grey instead of gloss black. Of course you didn’t expect LED lighting in a base supermini, did you? Good, because the standard model comes with halogen headlights and Peugeot has even deleted the LED DRLs replacing them with black plastic trim. Given that the new Renault Clio comes with standard LED optics, this is one cost-cutting measure that could have been avoided.

It’s the same story inside, although the base 208 retains the i-Cockpit layout. However, it features analog dials instead of a fully-digital instrument panel and, more importantly, a tiny 5-inch touchscreen instead of the 10-inch one found on high-end models. Elsewhere in the cabin, there’s no ambient lighting (no big deal, really) and the door panels seem made from hard plastic (not very nice…). There are no power windows switches for the rear doors, no buttons on the steering wheel, and the piano keys on the center console are black instead of silver.

There are many more differences meant to bring the price down, but we’ll let you discover them by comparing the base 208 Like (yellow car) with the 208 GT Line (blue car) in the gallery below.
Tags : Configurator, New Cars, Peugeot, Peugeot 208,
Share to: